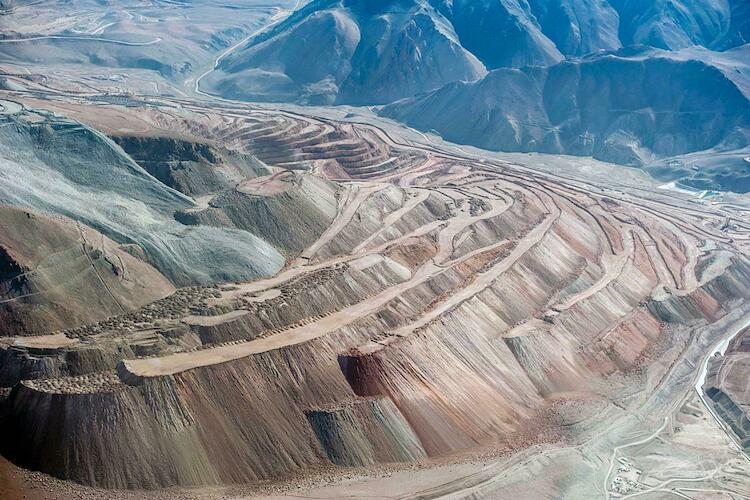 Three independent experts, appointed by the UN Human Rights Council, have produced a scathing report on Barrick Gold’s contamination and violation of laws at its Veladero de San Juan mine. Spills, water with cyanide and mercury, media silence and inaction by governments and judges. And a population that says no to megamining.

“The leaks and the lack of timely action by the government and the company seriously put communities and the environment at risk,” said three United Nations Special Rapporteurs in a 10-page letter filled with questions and warnings about Barrick’s actions. Gold at its Veladero mine in San Juan. With at least five leaks in the past eight years, the UN warns: “We express our serious concern about the impact on human rights caused by the leaks of cyanide, arsenic, mercury and other hazardous substances from the Veladero mine“.

Special Rapporteurs are independent experts appointed by the UN Human Rights Council on specific topics. It is the first time that three United Nations special rapporteurs have issued a critical opinion on an Argentine mining mega-project. “The water that rural communities use to irrigate crops has been contaminated with mercury and other heavy metals. The communities are not sure if the water they drink is contaminated, because neither the company nor the government informed about environmental recovery measures after the leaks.“, denounces the letter signed by Marcos Orellana (Special Rapporteur on the implications for Human Rights of handling hazardous substances), Fernanda Hopenhaym (Rapporteur of the Working Group on human rights and transnational corporations) and David Boyd (Special Rapporteur on obligations of Human Rights related to a risk-free environment).

The complaint falls on the Veladero mine, operated by the Canadian Barrick Gold in partnership with the Chinese Shandong Gold Mining. And the questions are also for the governments of Argentina and San Juan.

“We are particularly concerned that these spills seriously affect the right to life, the right to the highest attainable standard of health, the right to food, the right to access information, the right to environmental justice, the right to clean water and safe work environmental conditions and the right to a clean, healthy and sustainable environment, free of toxic substances“, warn experts from the United Nations. And remember that spills of hazardous substances require responses”based on human rights, including accountability mechanisms and full reparation by the State and the company, as well as prevention measures and guarantees of non-repetition“.

On September 12, 2015, workers at the Veladero mine notified their family members about a contaminant leak via WhatsApp and asked them not to drink the water. The news reached the entire city of Jáchal, always from neighbors. The company and the provincial government were silent. Until, a day later, they had to admit the leak of cyanide and contaminated water. Barrick Gold said that there were 15,000 liters, denied contamination and ruled out that it had reached the river. A week later, on September 21, he recognized that it was 224,000 liters. On September 23, he confessed that there were a million liters and that the contamination reached the river. It was the biggest spill in the history of Argentine mining.

In December of that year, an official report on the leak, from the Operations Division of the Federal Police’s Department of Environmental Crimes, determined that “believed contamination” on five rivers directly linked to Barrick Gold’s area of ​​operations (Rivers Potrerillos, Jáchal, Blanco, Palca and Las Taguas).

In April 2016, an expert report by the National Ministry of the Environment (which appears in the court case) confirmed the fears and complaints of the San Juan community: the mining company had other leaks. They happened on July 31 and November 29, 2011. And on March 22, 2012. The silencing mechanism was repeated: neither Barrick Gold nor the provincial government informed the population.

Last May, the Jáchal No Se Toca Assembly denounced a new leak. Analyzes carried out by the Universidad Nacional de Cuyo determined the presence of mercury, aluminum and manganese in the waters of the Jachal River, in quantities well above those indicated by the World Health Organization (WHO) and by the Argentine Food Code for human consumption. The Assembly stated that the concentration is higher than that recorded in the 2015 leak. Arsenic levels exceeded 33 times those established by the WHO, lead 16 times and aluminum 485 times.

Barrick Gold and the Breaking of Laws

The last leak, in 2022, prompted the intervention of the UN Rapporteurs. The ten-page document makes a detailed analysis of the history of the Veladero mine: it recalls that in 2021 it produced 172,000 ounces of gold, with revenue of 382 million dollars, and that it declared to have reserves of three million ounces of gold for coup. The mine is located 370 kilometers northwest of the city of San Juan, in the department of Iglesia, in the heart of the Andes Mountains (between 3,800 and 4,800 meters above sea level). The most affected communities are Rodeo and Jáchal, with 2,393 and 21,018 inhabitants respectively, located downstream from the mine, along the Jáchal River.

In a fact with few precedents, UN specialists point out that Veladero is located in the San Guillermo Biosphere Reserve, created within the framework of the United Nations Educational, Scientific and Cultural Organization (Unesco), where only activities of low environmental impact. “However, the industrial activities of a large-scale gold mine are not low impact, and the various leaks of hazardous substances from the Veladero mine disturb the balance of the Reserve’s ecosystems.“, observe the United Nations Rapporteurs.

The document questions both the company (which denies the leaks, as it did in 2015), and the provincial and national government (for inaction) and also the Judiciary: it recalls that residents filed two complaints for the detection of mercury in the home water distribution network and for abuse of authority by the Deliberative Council of Jáchal. “Cases are archived“, question the UN.

They highlight the systematic violation of laws. “According to the Argentine Mining Code, if a company commits three serious infractions in a mine, it must proceed to the definitive closure of these operations (article 264, item “E”)“, recalls the United Nations document and comments that the Veladero has already had five leaks. And it specifies that Veladero also violated the Glaciers Act (26.639) and the Hazardous Waste Act (24.501).

It gives special emphasis to the Minamata Convention on mercury (ratified by Argentina in 2017 through Law 27,356). It is an international environmental treaty and takes its name in commemoration of the serious events that occurred in the city of Minamata (Japan). In the mid-20th century, a petrochemical company released liquid effluents containing mercury without prior treatment into the sea. During this period, the entire population of the city was fed contaminated fish and shellfish, which caused massive poisoning of more than 50,000 people. In 1956, the first official case of the disease called “Minamata” was detected.

According to the international Convention (in its articles 12, 16 and 18) the Argentine State must adopt concrete measures of risk assessment, information and protection of the population. None of that is happening in San Juan with the mercury found in the water.

“The national government would not have carried out assessments and identifications of the Jachal river basin contaminated with mercury, despite the fact that the river is used for fishing, for drinking livestock and for irrigating crops. In addition, the underground basin of the Jáchal River is used for human consumption. After the leaks, the government of San Juan failed to promote the development and implementation of strategies and programs that serve to identify and protect populations at risk.“, denounce the three Special Rapporteurs.

The document was sent to the governments of Argentina, Canada and China, and to Barrick Gold and Shandong Gold Mining.

“We don’t want to be another Minamata”

Given the seriousness of the events and the limited media coverage, the international organizations Mining Watch Canada and Earthworks —together with the Jáchal No Se Toca Assembly— convened a press conference last December. “We don’t want to be another Minamata. We don’t want our children to suffer the terrible effects of mercury,” said Saúl Zeballos, from the Jáchal Assembly. He recalled that water contaminated with mercury undoubtedly affects livestock and agriculture in the region.

Jan Morrill, coordinator of the Earthworks Tailings Campaign, said that it is Barrick Gold’s policy to deny the impacts it produces and not provide information about its actions. “There are many similarities, for example, with its work in the Dominican Republic, where it also contaminated local water and forced the population to receive bottled water.“, exactly. And it marked a contradiction of the company, which at the same time shows a recurring business practice: “The company asked that the letter from the reporters with the complaint not be disclosed. It is very curious because, precisely, one of the requests to the company is transparency and that the population has access to information. And Barrick tries to silence Rapporteurs“.

He also highlighted a particularity of the company in Argentina: “We hadn’t seen that a mine is inside a Biosphere Reserve and inside a periglacial zone, areas where there shouldn’t be mega mining. We are appalled that Barrick Gold enforces its operations even in protected areas“.

Viviana Herrera, coordinator of the Latin American Program of the organization MiningWatch, highlighted that the letter of the rapporteurs had repercussions in the United States and Canada, but drew attention to the “media siege” that exists in Argentina in relation to the impacts of mining companies. He cited as an example, in addition to Barrick in San Juan, what Pan American Silver is doing in Chubut, with its Navidad project and continuous attempts to change laws and ignore the demands of local communities. “The Argentine case is unique in terms of media silence, we are concerned because this information must reach the Argentine population so that it is known what these companies produce’ he pointed.

He highlighted that the environmental and health impacts of mining companies “are increasing” and stated that the consequences could be worse if the Josemaría project of the Canadian mining company Lundin advances in San Juan. He recalled that 60% of the world’s mining companies are in Canada (out of an estimated total of 1,400 companies) because the country guarantees them impunity for human rights violations and pollution in other countries.

The expulsion of migrants from LA is in force

Two youths beat up a fruit seller for 5 rupees