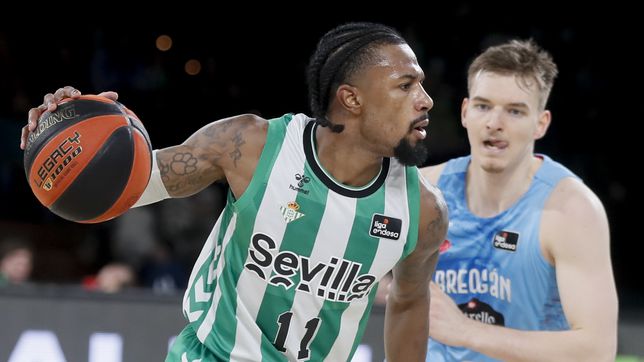 It seems that the one chosen by Valencia Basket to strengthen the base position, It will be the one that finally ends up in the ranks of the Valencian club. Shannon Evans said goodbye to his fans after playing against Obradoiro in San Pablo.

Valencia Basket is willing to pay between 300,000 and 400,000 euros to close the transfer. The player has asked Betis to let him leave for Valencia. It seems that the next hours can be decisive to know the future of the player.

Meanwhile, one of the injured, Jared Harper, has recovered much earlier than possible and will be able to play against Manresa this afternoon. Valencia Basket announced last Tuesday that he had to be off the slopes for a month due to a quadriceps tear but, “The new medical tests carried out have determined a lower severity than initially expected for your injury” Y “the evolutionary controls carried out throughout this week confirm the improvement of the player, who has responded very well to treatment, and may be available if the coach requires it in today’s game”confirms the taronja club.