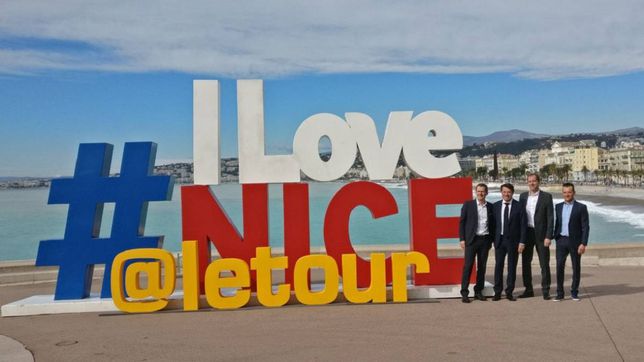 The unknowns surrounding the 2024 Tour de France route are gradually being cleared up and everything indicates that we will see a historic edition with a great start and an unprecedented end of the race in recent years.

According to La Gazzetta dello Sport, In the coming days (possibly this Thursday) the organization of the Tour de France will confirm Nice as the grand finale of the race in the 2024 edition. The organizers will make this decision to harm as little as possible the preparations and the security device in the French capital for the celebration of the Olympic Games in Paris 2024. In this way the Tour de France will end for the first time in its history outside of Paris.

A 2024 edition that could be historic not only for the final arrival in Nice, but for his departure. In the absence of official confirmation, the Italian city of Florence will be in charge of giving the starting signal to the 2024 Tour de France. In this way, the Tour will chain three consecutive major outings outside of France after the great start in Copenhagen in 2022 and the great start in Bilbao for the 2023 edition. A 2024 Tour that promises many novelties but with the premise of guaranteeing a great show on the roads in the battle between the great figures of the peloton.