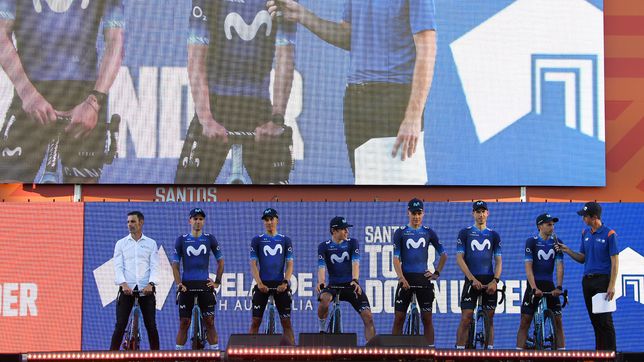 A three-year wait, since Richie Porte, now retired, won the general Tour Down Under for the second time. And it is that the Australian was always one of the great animators of the race of his country. This year will be different as the famous summit of Willunga Hill will not be there, but for the first time after the outbreak of the pandemic the World Tour cycling calendar starts in Australia, as was the case in recent years before ‘everything’ changed. It will be held from Tuesday to Sunday: it will start with a 5.5 km prologue (8:20, TDP and Eurosport) and will consist of five stages.

The first day the leader will be known, and of the five days online, two are favorable for the sprint. Between Friday and Sunday, the two most demanding mountain stages, the general should be decided. In Spanish time, all stages will end between approximately 5:00 and 6:00 in the morning, with the exception of the prologue, which will be later as it is such a short tour through the streets of Adelaide. The 23rd edition of the race will feature the 18 World Tour teams plus two guests: Israel and an Australian team, with Ewan as a benchmark (he already won the other day in a Criterium), since his team, the Lotto, which lost the category, will not be present.

Movistar will be the only Spanish squad and, unlike the rest, it will start with six riders instead of seven, since Óscar Rodríguez was absent at the last minute due to gastric problems that prevented him from traveling to the Aussie country. Johan Jacobs, Lluis Mas, Imanol Erviti, Sergio Samitier, Gorka Izagirre (in theory, the team leader) and the newcomer Iván Romeo will be their representatives. Luis León Sánchez (Astana), Pello Bilbao (Bahrain) and Marc Brustenga (Trek), the other Spaniards present. As for favorites for the general classification, the range is wide, and even more since the start of the season: Simon Yates, Jay Hindley, Ben O’Connor, Geraint Thomas, Pello himself… elite cycling is back.

Check all the stages of the Tour Down Under 2023

MotoGP puts itself to the test