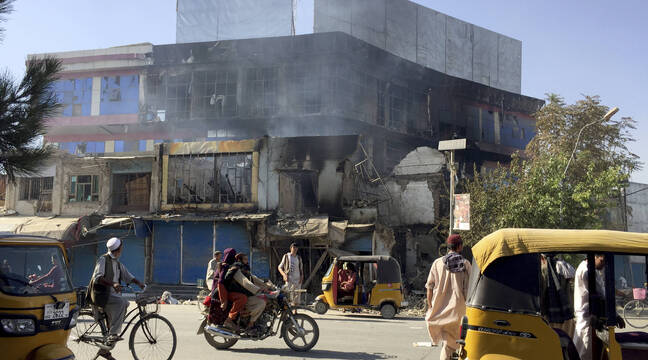 A military advance in the country. The Taliban were in possession of five of Afghanistan’s 34 provincial capitals on Monday morning, having seized three the day before, including the large city of Kunduz, in a major offensive that the army seems unable to stop.

On Sunday within hours of each other, the insurgents, after intense fighting, took possession of Kunduz, which they had surrounded for a few weeks. They then took Sar-e-Pul, then at the end of the day, Taloqan, the capitals of the provinces located to the south and east of Kunduz.

According to Zabihullah Hamidi, a resident of Taloqan, the capital of Takhar province, contacted by AFP, the violence started in the morning and the Taliban ended up taking the city “without much fighting,” officials and officials said. The security forces had fled the city. A security official confirmed the flight of Afghan forces and local leaders to a nearby district. “The government did not send us any aid and we withdrew from the city this afternoon,” he said.

Zabihullah Mujahid, spokesman for the Taliban, confirmed the capture of Taloqan, assuring that “security has been restored”, as well as Kunduz and Sar-e-pul, which fell in the morning. The Taliban have taken control of all key buildings in the city, noted an AFP correspondent in Kunduz.

The capture of Kunduz has been the main military success of the Taliban since the start in May of the offensive they launched with the withdrawal of international forces, which must be fully completed by August 31.

In late June, the Taliban seized the Shir Khan Bandar border post in southern Tajikistan, a key axis for economic relations with Central Asia. The Defense Ministry said government troops were trying to recapture key areas of Kunduz. “The commandos have launched a clean-up operation. Some places, including national television and radio buildings, have been cleared, ”he said.

“The capture of Kunduz is really important because it will release a large number of Taliban fighters who can then be mobilized elsewhere in the north” of Afghanistan, AFP consultant Ibraheem Thurial Bahiss told AFP. ‘International Crisis Group (ICG).

After Kunduz, Sar-e-Pul also fell to the Taliban. They had already seized Sheberghan, the stronghold of the famous warlord Abdul Rashid Dostom, further north on Saturday.

The inability of the Kabul authorities to control the north of the country could prove crucial to the government’s chances of survival. Northern Afghanistan has always been considered a stronghold against the Taliban. It was there that they encountered the most resistance when they came to power in the 1990s.

The Taliban ruled the country between 1996 and 2001, enforcing their ultra-rigorous version of Islamic law, before being overthrown by an international coalition led by the United States. On Friday, the insurgents also took the city of Zaranj, capital of the province of Nimroz (south), on the border with Iran.