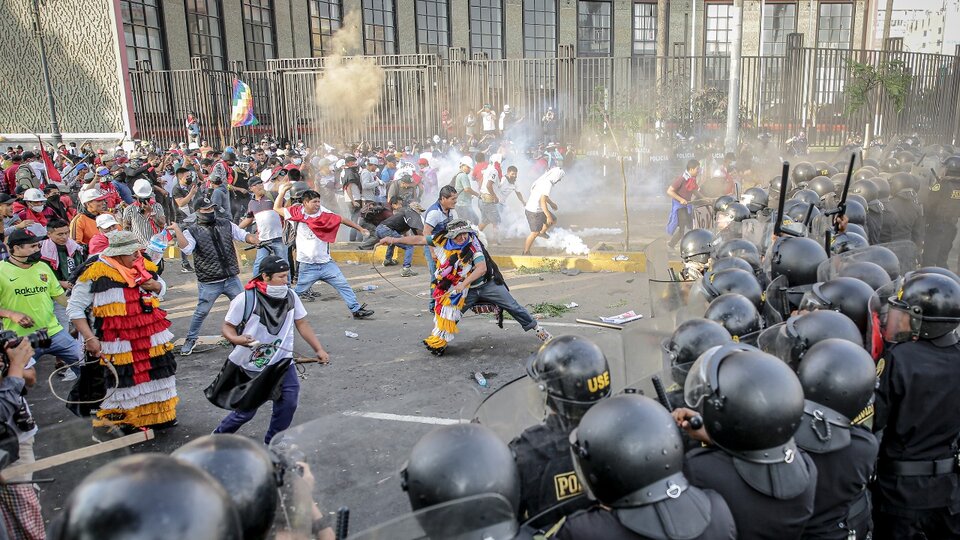 A group of protesters broke away from the demonstrations in the center of Lima to go to the residential neighborhood of Miraflores, a traditional upper-middle class district facing the sea. In the midst of the disorder of a march without a centralized direction, everyone improvised where to go.

A group diverted by another route, was detained by the police and a confrontation broke out in the streets of the residential district of San Isidro, one of the most exclusive areas of the Peruvian capital, where there are restaurants, shops, banks and hotels.

After a long walk chanting anti-government slogans, the protesters reached the center of Miraflores where they met a group of people demonstrating in favor of the government and the police. The Executive branch has been promoting mobilizations called “peace marches” to support Boluarte and the security forces accused of shooting protesters.

These mobilizations certainly do not suffer from police repression. Those who participate in these “peace marches” repeat the accusations of “terrorists” that the government and the right wing launch against the anti-government mobilizations. There was a large police contingent in Kennedy Park separating the two groups.

On one side they chanted “Dina murderess resigns”. And from the other they launched “terrorism no”. At the close of this note, there had been no confrontations between the two groups.