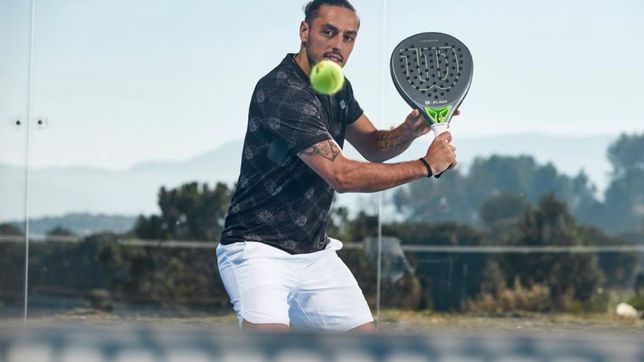 Yesterday it was learned that the WPT Appeals Committee ratified the initial sanction of the Competition Committee to Pablo Lijó: 12 tournaments without being able to perform in the events organized by the World Padel Tour; which is the same, half a season out of the professional competition with which the Galician is related. The sanction and its way of resolving is typical of public administrations, in which both in the first instance and in the second instance, on appeal, it is the administration that resolves, in this WPT. Today Lijó studied how to resort to ordinary justice.

The sanction to Pablo, the most serious that is known in the entire history of the WPT, is for some obscene gestures to the public that rebuked him in Buenos Aires. It did not deserve, however, the disqualification of the referees, and only at the end of the season was the decision of the organizers known, less than a month after the start of the season in Abu Dhabi, which also comes when it is known that the Premier Padel will start a week later in Doha, with a Major, the first competition of the year.

However, although the Players Association had already leaked it to the Argentine Olé newspaper Olé, today it has published a statement in which they question whether the South American tour of three tournaments can be played in March, and even that it will start the WPT season in February. The text is as follows:

one-. Both the content and the form of the official calendar fail to comply with various essential clauses included in the contracts that, individually, were signed by professional paddle tennis players, both for those who usually participate directly in the final drawas for those who begin their participation in the qualifying phases.

Regarding the latter, clause 28 of the contract establishes that “The Player will have the right and obligation to participate in paddle tennis tournaments and other activities that make up the WPT Circuit under the terms and conditions established in this contract.” Based on this clause, players with a current contract have requested that WPT clarify which of the Opens is newly incorporated and therefore be released from the obligation to participate in them.

3.- According to article 13.5 of the Contract, it is established that The “dates and places” of the tests may be modified with respect to the initially scheduled calendar, provided that there is notification made before the 7 days prior to the scheduled start of the test. What is not contemplated, in any case, is to include new tests not present in the official Calendar.

4-. The players have been informed by the WPT that the technical regulations and regulations will be approved throughout the season that is about to begin. From the PPA we want to remember that the contract, previously mentioned, establishes in its article 12 that the regulatory framework must be approved prior to the start of the season, adding that any subsequent modification will only take effect in the following season. With this, logically, it is about avoiding imbalances and attacks against the basic principles of any sports competition that could be generated with changes approved and applied in the middle of a season. Therefore, players are not required to accept any regulatory and/or technical changes that are approved and/or communicated once the season has started.

5-. The Official Calendar presented by WPT for the 2023 season does not comply with the provisions of the contracts with the players in relation to the period to be met between the official communication of said calendar and the first tournament of the season. It will start on February 10 and therefore a period of one month will not have elapsed from the announcement of said calendar and the official start of the season. This is reflected in article 10 of the Contract where it is established as an express obligation “approve the competition calendar, which will be published in such a way that it can be officially known in due time by the Players, and in any case, at least one month before the start of the season”.

Undoubtedly, as stated above, it is a manifest breach of the contract by the WPT, so players with a current contract have no commitment to participate in those tournaments in which, manifestly, the contract has not been respected. minimum period established between the announcement of the official calendar and the start of the competition in question. Each player, individually, will decide whether or not to participate depending on his needs to adapt his physical, technical and mental preparation to the specific dates on which the sports events will be held, since in the Official Calendar for 2023 establishes that the men’s Qualy for the Rioja Open 1,000 tournament will be held from Friday 10 to Sunday 12 February; while for its part the Qualy of the Chile Open 1,000 tournament will be held between February 13 and February 15.

We remember that The Calendar was officially communicated to the players on January 18. In this way, a position of inferiority is produced with respect to the players who should not participate in the Qualy and who will have the necessary time to prepare properly.

6-. We must remember that, as of today, the WPT maintains its decision to discriminate, separate and restrict the right to participate in its tests to those players who did not have their relationship with the WPT formalized by contract, and who, as is known, have been playing historically no contract and no problem. As we have denounced on previous occasions, this unilateral decision is of unparalleled gravity, not only in the history of sports in Spain, but in any country considered democratic.

India will be out to finish off New Zealand, find out when, where and how to watch the live stream of the match