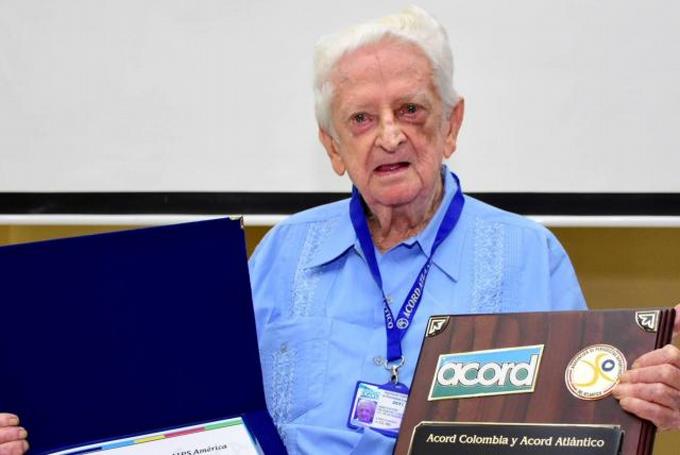 Colombian journalist José Víctor de Castro Carroll, known as Chelo de Castro and who He was the oldest sports writer in the world, he died at the age of 102 in the Caribbean city of Barranquilla, his relatives reported on Monday.

Chelo de Castro, who until a few months ago continued to publish a daily column in the Barranquilla newspaper El Heraldo, was honored in 2017 by the Association Internationale de la Presse Sportive (AIPS) for his 72 uninterrupted years of sports journalism.

Since 1945, Chelo de Castro wrote his daily column in different newspapers in Barranquilla. He started in the weekly La Unidad; in 1950 he entered the newspaper La Prensa; in 1960 he passed to the evening newspaper El Nacional; in 1968 he worked at Diario del Caribe, and from 1976 to 2020 he was at El Heraldo.

When he was honored by the AIPS, it was highlighted that as a journalist Chelo de Castro covered the V edition of the Central American and Caribbean Games, that were held in Barranquilla in 1946, and also the XXIII, which hosted this city in 2018.

In his hometown he is remembered for promoting civic campaigns and thanks to his efforts, the Metropolitan Stadium of Barranquilla bears the name of soccer player and coach Roberto Meléndez, who was the first Colombian player to be transferred to international soccer.

Other sports venues in Barranquilla that are called as the sports glories of the city thanks to De Castro are the basketball coliseum "Elijah Chegwin"the velodrome "Raphael Vasquez"the covered coliseum "Humberto Perea" and the football stadium "Romelio Martinez".

Mike Pence in turn finds classified documents at his home