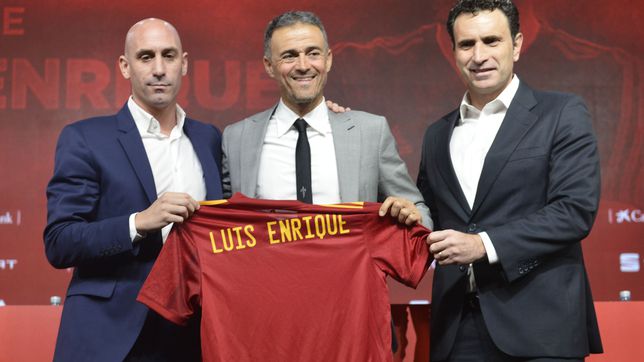 There will be no shortage of clubs that are now seeking Luis Enrique Martínez García (Gijón, 1970), after a career with Spain that, except for this latest World Cup failure, is full of positive aspects. The Asturian lived two stages as the head of La Roja, with a six-month hiatus caused by the tragedy of the death of his daughter. Before and especially after that, his overwhelming personality has left its mark on the Spanish National Team and also on the fans.

The median age of Spain was the third lowest in this World Cup in Qatar, little more than 25 years. In Russia 2018, just before the arrival of the player from Gijón, Spain presented the oldest team in the tournament, with an average age of more than 28 years. Luis Enrique has completely rejuvenated a Selection that, although it will be retouched by Luis de la Fuente, maintains a base of people with a great future.

The Selection with seal

The game of the Spanish National Team has amazed the world of football during many of Luis Enrique’s moments as coach. A tiqui-taca that after the defeat of Costa Rica he seemed ‘evolved’, but that later already in the second half against Germany and against Japan and Morocco deflated. memorable matches like the 6-0 to the Germans in the Cartuja and some more will remain to remember the attractive game idea of ​​this Spain led by the Asturian. Although he may have condemned him the lack of flexibility.

Media and with ascendancy over the group

“I am the leader,” said the former coach a few days ago, openly. His controversial and sometimes unpleasant bad relationship with the media brought a very usable aspect: to divert attention and that the pressure did not fall on some players mostly very young… This is how his last stage as a streamer was understood, during this World Cup, something that could finally be turned against him. The character, at times and after some press conference to forget, seemed to have swallowed him.

Results that endorsed him until Qatar

Until Qatar, Luis Enrique has had some notable results. Two League of Nations finals, the first lost in the decisive match against France and the other still to be played, and a Euro 2020 semifinal. In this last tournament, which was played last year due to the pandemic, the National Team lost to Italy on penalties and after playing a great game the chance to play the final at Wembley.

Illusion for the Selection

Spain lost the semis of that last European Championship, but achieved something as important or almost more: that thousands of Spanish fans will recover the illusion for their National Team. After the golden period (Euros 2008 and 2012 and the 2010 World Cup), the Reds had only brought major upsets with the elimination in the first phase of Brazil 2014 and after falling in the round of 16 in France 2016 and Russia 2018. With Luis Enrique, Spain returned to compete and aspire to titles.