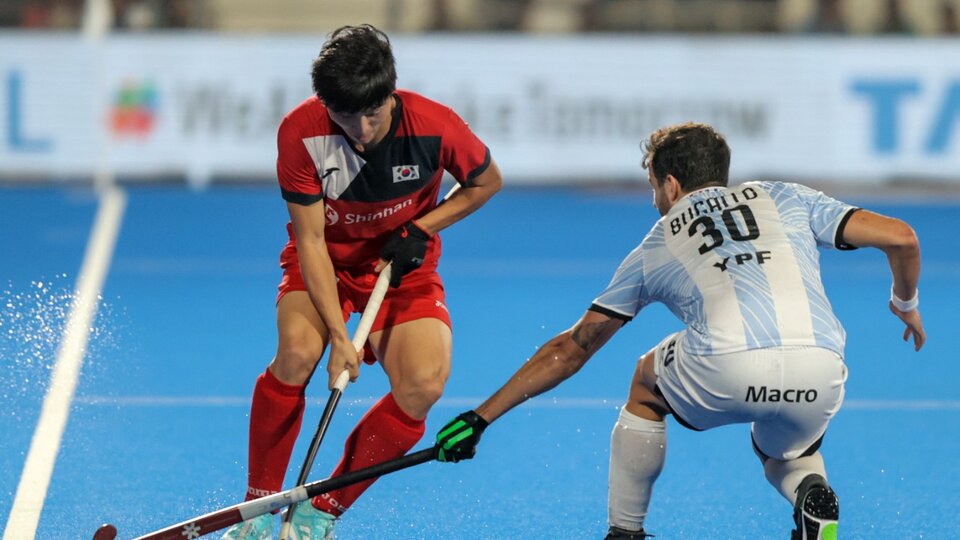 The Lions missed an incredible chance to qualify for the quarterfinals of the Field Hockey World Cup taking place in India. Although they led 5-3 in the fourth quarter, South Korea tied 5-5 in regulation time and then prevailed 3-2 in the definition on Australian penalties to eliminate the Argentine team.

After a very good first phase, Los Leones had the illusion of playing the quarterfinals against the Netherlands but now they will continue to compete to define the final position, no longer having a chance to fight for the title. The next match will be on Thursday at 8.00 against Chile in the city of Rourkela.

Maico Casella and Nicolás Keenan and Nicolás Della Torre, both twice, scored the goals for Argentina, which led the score four times, including 5-3 when the quarterfinal was played. Jang Jonghyun, on two occasions, Kim Sunghyun, Jeong Junwoo and Lee Nam Yong scored the goals for the Asian team, who led the definition to the shoot-out with a goal five minutes from time.

In the Australian penalties, the Argentines made clear their nervousness after the squandered chance and could not show their best version: Tomás Domene, Lucas Toscani and Martín Ferreiro failed, while Nicolás Keenan and Maico Casella converted.

With this historic victory, South Korea will play next Wednesday at 8:00 a.m. against the Netherlands, which went straight to being first in Group C. The Dutch team starts as favorites since they passed the group stage with an ideal score of 22 goals in favor and none against and also won three world titles and was runner-up in the last two editions.

The Lions, who came to this World Cup with eleven rookie players, showed great offensive power but, at the same time, a weak defensive counterpart. Argentina’s path began with the victory (1-0) against South Africa, then a draw with Australia (3-3) and against France (5-5) and by finishing second in Group A they had to play the round of 16 ( crossover) against South Korea.

The Lions took the lead after 7 minutes thanks to Maico Casella’s goal. Already in the second quarter, South Korea turned it around but Argentina reacted and went into the break 3-2 ahead. With an effective penalty corner, the Asian team leveled the match at the start of the third quarter but Nicolás Della Torre, in the same way, made it 4-3 to reach the fourth quarter with an advantage. Nicolás Keenan made it 5-3 for Los Leones in the last quarter but ten minutes from the end and in just six minutes history changed with two new penalty corners converted by the Koreans.

the representatives of evil

Pope Francis cries out against war on visit to DR Congo