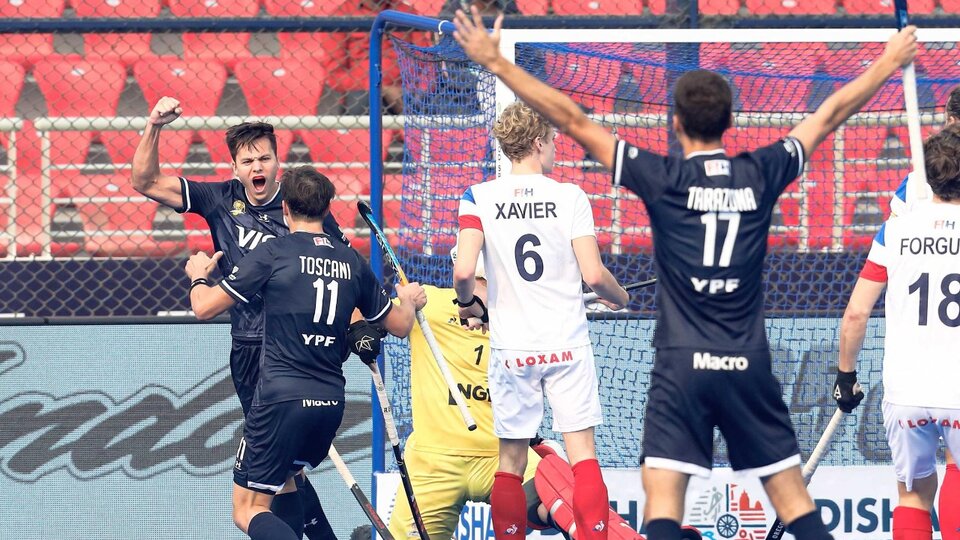 With an agonizing goal by Nicolás Della Torre 10 seconds from the end, the Argentine men’s field hockey team tied this Friday with France 5-5 and qualified for second place in Group A of the World Cup that takes place in India. The team led by Mariano Ronconi must play the round of 16 against South Korea or Japan (who will be third in Group B), next Monday at 8:30 in Argentina.

The tie prevented Los Leones from the remote chance of winning their zone and directly accessing the quarterfinals, a right that Australia earned with its 9-2 victory over South Africa in the first game. The Oceanics finished with seven units, The Lions with five, France with four and the South Africans, without units.

The exciting match played at the Kalinga stadium in Bhubaneswar had Della Torre (3), Nicolás Keenan and Martín Ferreiro as scorers in the selected 2016 Olympic champion. Victor Charlet (4) and Etienne Tyneves scored for France, who will face each other in the round of 16 from the end to the second in Group B, Germany or Belgium, two powers of the discipline.

The Lions finished this phase undefeated with a 1-0 win over South Africa (with a goal from Maico Casella) plus a creditable 3-3 draw against Australia, favorites to win the title, with goals from Tomás Dómene, Maico Casella and Martín Ferreiro . Argentina seeks in this World Cup to repeat the podium of The Hague 2014 when it finished in a historic third place, which was the prologue to Olympic gold two years later in Rio de Janeiro.