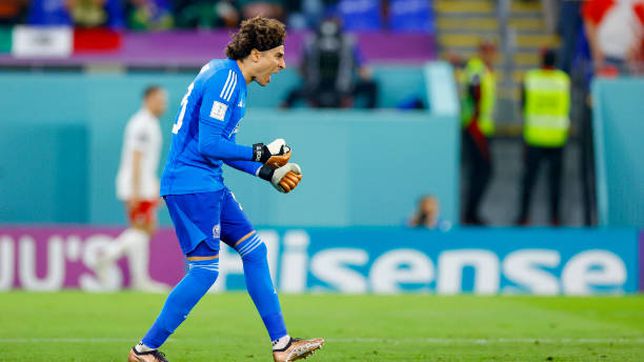 Like in that magical match in the group stage against Brazil in the 2014 World Cup, in which Memo Ochoa became the hero of Mexico and exalted it in international football. Now, eight years later and in his fifth World Cup, his last, The one from Guadalajara (37 years old) is once again the savior of the Tricolora legend for his team and a nightmare for Robert Lewandowski, who still cannot make his debut as a scorer in this event. Group C has already become the World Cup group, with Argentina’s historic setback against Saudi Arabia (1-2) and this Mexico-Poland in which the one who least deserved it could win. Everything open, with Saudi leading, the most unimaginable scenario in a group a priori logical. By the way, this tie relieves Argentina and Messi, after his setback in the debut.

Before Lewandowski’s failure or Ochoa’s success, few things happened, and all of them on the American side. From the initial nerves, in which both teams played long and put their leg hard in the duels, the game fell on the side that sought it the most. Mexico began to flow, dispelling doubts with the speed and naturalness of its game, as if it were a team rather than a national team. The ball reached the ends, in maximum amplitude, and stepping on the area was a piece of cake. Vega and Lozano began to hit, to force corners and to have chances, such as the header from the Chivas striker, who cried when he heard the anthem, a symbol of the tricolor feeling. The Mexican siege had no reward in the first part but it was insistent, while Poland was not able to combine in the rival field. Away Lewandowski, well defended by Moreno and Montes until the fortuitous action of mimuto 53.

A filtered pass in the front of the area that bounced off and left the Barça striker with the position he had won against Moreno. They both struggled and fell to the ground. Lewandowski moved his opponent with his arm while the Mexican used his left hand to rip the shirt off his chest. “Play, play,” said the Australian referee. Warned by the VAR, when no one was paying attention to that action anymore, Chris Beath went to review it on the monitor and signaled a penalty. The Mexican fans raised their hands to their heads, Moreno saw the yellow card and the tension could be cut like butter. Lewandowski planted the ball, sighed and threw it to the left of Ochoa, who cleared the danger and became even closer to legend.

After the decisive moment of the match, as Cartier-Bresson would say from the photograph, Mexico launched itself for victory. Raúl Jiménez entered, a man from the area that has not been well traveled this season, and Antuna, an agitator, the Cid of the Tata Martino team. Álvarez tested Szczesny, who cleared a corner, and Glik, who was celebrating his hundredth game, became the warrior in the box. Meanwhile, Poland clung to a saving corner like the one that gave Sweden victory over Mexico in the last friendly held in Girona.

But there was no target. Neither of one nor of the other. Mexico was diluted in the final stretch and her losses led to some counterattacks that Poland did not know how to manage. A shy shot by Antuna from the front was the culmination of 90 minutes of tension and fear, of good moments for a Mexico that is now facing a totally Dalinian scenario.with Argentina as bottom and Saudi Arabia as leader of this unusual Group C.