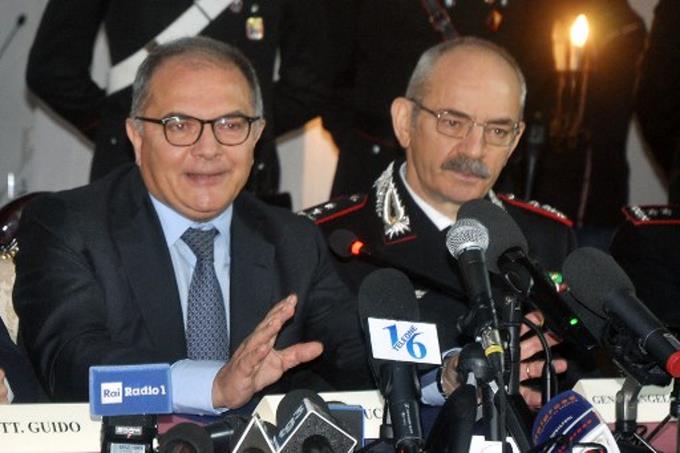 The telephone interceptions of relatives, the crossing of data on cancer patients and a false name, allowed the arrest on Monday of Matteo Messina Denaro, the most wanted mafioso in Italy.

The operation coordinated by the anti-mafia judges of Sicily and a specialized group of carabinieri and police managed to deal, without resorting to informers or regret, one of the hardest blows to the Sicilian mafia.

According to the magistrates and experts from the Ros carabineros corps, it was a matter of "a traditional investigation"they explained during a press conference held in the Sicilian capital.

For at least three months, the investigators had been analyzing the intercepted conversations with the relatives of the bloodthirsty godfather of Cosa Nostra, who had been a fugitive for 30 years, since he was sentenced to life imprisonment for several murders.

Between hints and jokes and despite the fact that the relatives knew that they were under control, the investigators came to the conclusion that the "Godfather of Castelvetrano"as he was known by his hometown, was seriously ill and had been operated on twice in the Sicilian cities of Marsala and Palermo.

One of the two operations was carried out in the middle of the covid, so the information was registered in the central office of the Ministry of Health that archives the data on cancer patients.

By comparing the information obtained, the researchers decided to study all the patients and the list was narrowed based on age, sex and location.

In the end, among the suspicious names was Andrea Bonafede, nephew of one of his most faithful allies.

But a detail betrayed "u Siccu"the skinny one, as his friends call him, because the real Andrea Bonafede was in another place instead of being in the operating room.

When on January 16 he attended a chemotherapy session at the Maddalena clinic in Palermo on January 16, the agents and the military were waiting for him and blocked him without problem. He was not armed and did not object to the arrest.

"I’m Matteo Messina Denaro"replied the last godfather of Cosa Nostra after turning himself in to the police.

Heitinga is the chosen one