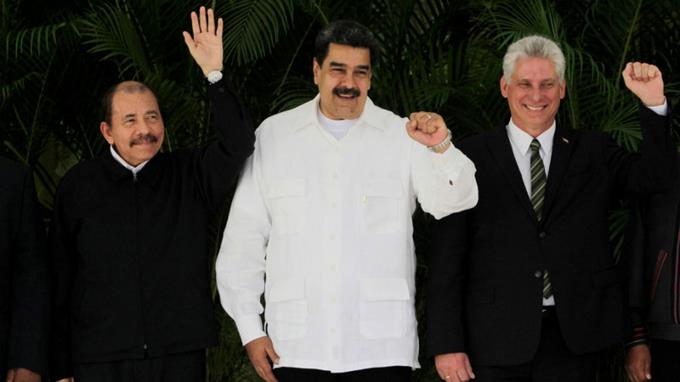 The Inter-American Press Association (SIP) regretted yesterday Monday the presence of the leader of Cuba, Miguel Díaz-Canel, and the foreign ministers of Nicaragua and Venezuela at the summit of Latin American and Caribbean States (Celac), “the three most repressive governments of the freedom of the press and expression and of journalism in the Americas,” the entity based in Miami, Florida (USA) said in a statement.

The VII Celac summit will open today in the Argentine capital, Buenos Aires, and the three countries were invited by the Government of Alberto Fernández, who is also president pro tempore of this regional intergovernmental mechanism.

“If the invitation obeys the objective of promoting dialogue and political agreement on the continent, this required a prior commitment from each member of the regional forum to put an end to repression and the systematic violation of human rights,” says the IAPA statement.

It is, stressed the IAPA, three dictatorships, Cuba, Nicaragua and Venezuela, which “occupy the last three positions of 22 countries in the Chapultepec Index”, a barometer that measures the state of freedom of the press and expression in the Americas.

“We are talking about the three governments that most repress freedom of the press and expression and journalism in the Americas,” said IAPA President Michael Greenspon.

“We regret that these leaders who violate human rights and disbelieve in democracy have been invited by an organization that, among its objectives, includes the promotion of a respectful dialogue capable of building consensus on issues of common interest,” he said.

Greenspon, global director of Printing Licensing and Innovation at The New York Times Company, considered that CELAC standards should be reviewed from the perspective of the Inter-American Democratic Charter, which obliges all countries on the continent to respect press freedoms. and expression.

“Without this assumed commitment, no government can be considered democratic,” he stressed.

The president of the IAPA’s Committee on Freedom of the Press and Information, Carlos Jornet, indicated that the democratic rulers of the region should demand that Nicaragua, Cuba and Venezuela “put a stop to the repression against journalists, social leaders and political dissidents.” .

“Democracy is based on respect for pluralism, citizen control over those who govern, the periodicity of mandates, the balance of powers, free access to public information and respect for essential human rights, among which freedom of Expression is a central piece”, Jornet pointed out.

Jornet, journalistic director of La Voz del Interior, Argentina, reiterated the demand that the three governments “release dozens of prisoners of conscience who were sentenced in trials without the right to defense.”