The astronaut in the image above is a montage made by an artificial intelligence with only one verbal instruction: “An astronaut on horseback”. Ready for the intrusion of undetectable fake images?

The development of artificial intelligence capable of creating incredible, beautiful, hyper-realistic images, or with the desired style, advances unstoppably, just by giving a verbal instruction, a sentence.

What image can they create? Everything, absolutely everything. A raccoon dressed like the Queen of England, why not? Following are the latest, presented by Image, from Google Brain. 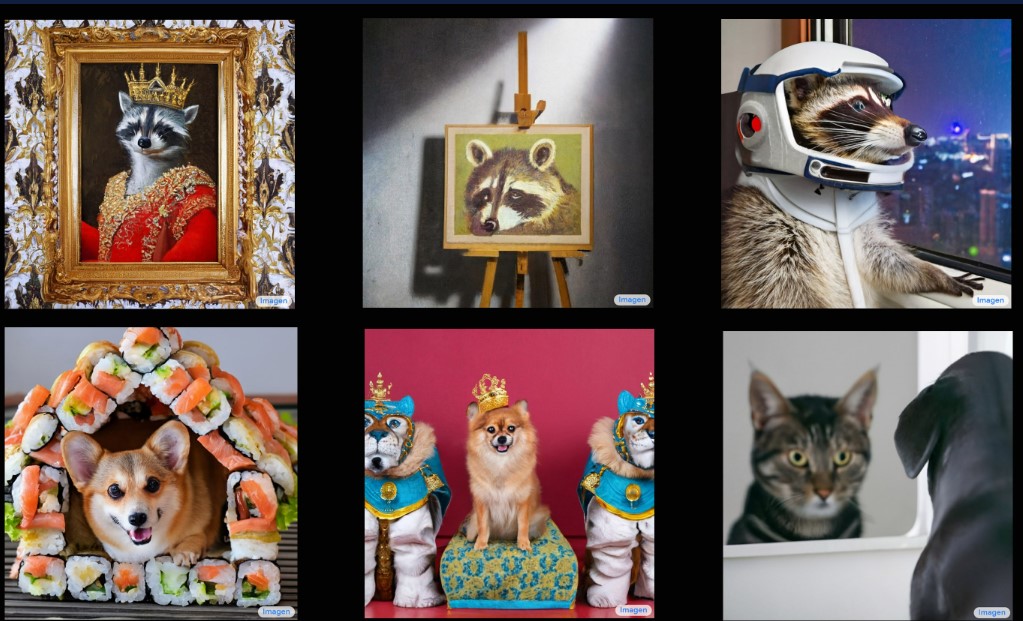 Images made by AI Image, from Google Brain

Google Brain has just introduced Image, its AI with a brutal ability to generate images from text.

With Image, Google enters the competition of the juicy market that is just around the corner, that of generating images with just a written or verbal instruction.

The pioneers in this territory were OpenAI, the branch dedicated to artificial intelligence of the ubiquitous Elon Musk, the same of Tesla, SpaceX and now owner of Twitter.

In addition, the Open AI team was joined by Microsoft. The tech giant founded by Bill Gates has developed an open AI supercomputer to investigate the basic machine learning of Artificial Intelligence. China is also in the game, how could it be otherwise, with Baidu (the Chinese Google) and its development ERNIE-ViLG .

Thus, the naive photos of astronauts on horseback, or kittens with hats generated by an AI that reach us users and that will arrive with increasing frequency, have behind them the disturbing kings of the virtual planet on which we have all moved, and the What’s to come has huge risks.

Today, for users, it seems like a dream. It’s about generating the image you want by writing a sentence. In other words, the program has learned that if you type, “Golden retriever with blue hat”, it will almost instantly return a photo with the style you want, unique and exclusive, of a terrier with blue hat. It can also provide different versions of the same image. We will certainly play to find the best version of ourselves, or… the worst version of the next. 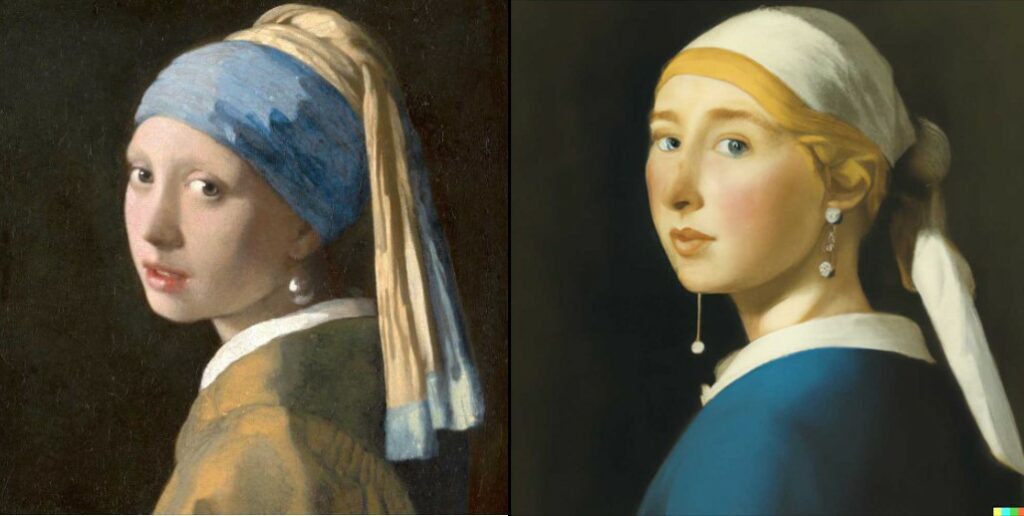 In addition, you can retouch the photo, add or remove objects, change lights and shadows (which are used to model the professionals of the image editing), even give the photo a style, for example, that has the style of Rembrandt, why not.

When OpenAI unveiled its DALL-E Imaging Neural Network In early 2021, the program’s human ability to combine different concepts in new ways was amazing as it can produce remarkable high-resolution images of just about anything requested.

Now Google Brain has unveiled its own AI for imaging, and Image’s performance is even better than the DALL-E 2: it scores higher on a standard measure for rating the quality of computer-generated images and images. produced were preferred by a group of human judges.

But just as OpenAI did with DALL-E, Google is looking for cuteness. Both companies promote their tools with a series of images filled with anthropomorphic animals doing adorable things: a furry panda dressed like a chef making pasta, a teddy bear swimming the 400-meter butterfly at the Olympics… and so on. But… is that what users are going to do?

Both Imagen and OpenAI have yet to open their platforms to the public.

Predicting risks does not stop them from happening.

Both Imagen and OpenAI include in their platforms all the information about the risks they want to avoid. For example, the use of real images (like the one you can have on your twitter profile), for insults, rude jokes, humiliation, humiliation… The list looks like a label for a Netflix series, but it can be endless.

Very easily, relying on this photo, a user of the new image-making AI can propose: “Put a penis on her forehead”. And that’s falling short. “Users are asked to respect the rights of others and, in particular, are asked not to upload images of people without their consent (including public figures) or images over which they do not have appropriate usage rights,” they explain. in OpenAI.

In addition, both platforms require any publication to state that it is an image created by artificial intelligence and that it proves its origin, but it goes without saying how easy it is not to comply with this rule.

Meanwhile, the technological development that allows it, neural networks applied to AI, has only taken the first steps of its capacity. Let’s open our minds to the future, because it comes full of surprises.

Brazilian cities close to the Amazon could be the birthplace of the next pandemic – EcoPortal.net

This sustainable evaporative air conditioner can cool a home for days and uses no electricity – EcoPortal.net