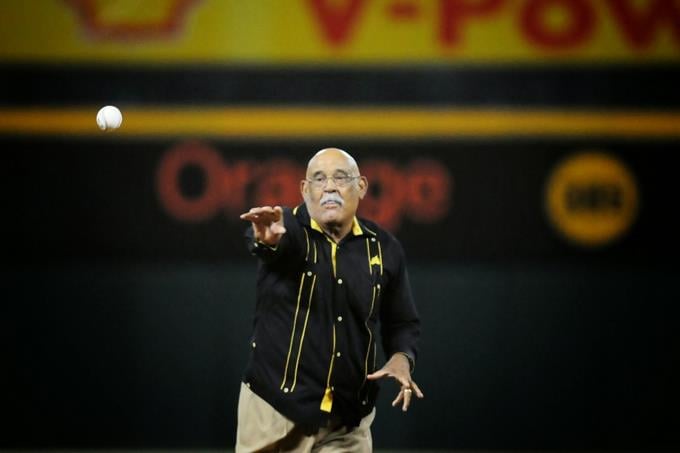 Don Mendy López, the stellar narrator of Águilas Cibaeñas on the radio, signed last night a very beautiful and heartfelt farewell to the current baseball season.

Last night, the master of radio narration thanked the Águilas Cibaeñas board of directors and the marketer Eventos Deportivos del Cibao for allowing him to get in touch again with the country’s fans with the description of the ball games in the winter season.

Don Mendy thanked him for the opportunity he has received since 1981 to say “Hello, Dominican Republic and the world”, his traditional starting phrase for the matches of the yellow team based in Santiago de los Caballeros.

“I would like to keep saying it all my life, but that, only God knows that, Gentlemen, good night and here you say goodbye to Rubén Santana …"concluded Don Mendy, one of the traditional voices of Dominican baseball.

"For my part, that’s everything, thank you very much, gentlemen, for all my listening friends, here and abroad, thank you very much for this constant listening, for this constant monitoring of the Águilas Cibaeñas network. I want to thank you in this game that has already ended, tell the fans that there is always an October, and I, once again, thank the board of the Águilas Cibaeñas, and the marketer for this great opportunity that they give me to tell them year after year since In 1981, when I arrived at Las Águilas: ‘Hello Dominican Republic and the world’, I would like to keep saying it all my life, but only God knows that. Gentlemen, good evening and here you say goodbye to Rubén Santana".

His team, Águilas Cibaeñas, was out of competition last night after losing to Estrellas de Oriente, who secured their place in the Final Series to begin tomorrow, Friday.

The Cibaeños said goodbye with 6 wins and 10 losses in the Round Robin.

Don Mendy López has worked in sports narratives since 1975 and has spread his voice through the media in Nicaragua, Mexico, Venezuela and Puerto Rico.

Born in Pimentel, Duarte province, he told this newspaper in 2018 that during his childhood his passions were baseball and radio.

In Dominican baseball, he has narrated for Leones del Escogido, Estrellas Orientales and Águila Cibaeñas.