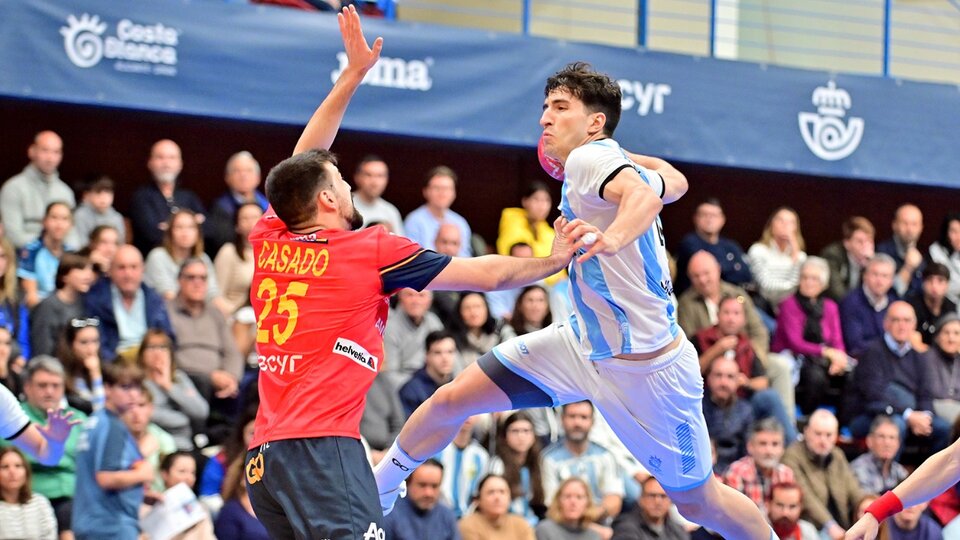 Los Gladiadores, the Argentine handball team, will debut against the Netherlands in the World Cup in Poland and Sweden. The match corresponding to group F will be played from 2:00 p.m. at the Tauron Arena in the Polish city of Krakow and will be televised by TyC Sports and Directv Sports.

The team led by Guillermo Milano will begin its 14th. consecutive World Cup participation with the illusion of surpassing the historic eleventh place obtained in the last edition of Egypt 2021.

The second game will be on Sunday the 15th against Norway (4:30 p.m.) and the third and last game in the zone will be played on Tuesday the 17th against North Macedonia (2:00 p.m.).

The Gladiators make up, according to the figure Diego Simonet, “the most fought and difficult area” of the World Cup and the first challenge will be against the Dutch who will compete again after 62 years since their last and only participation was in 1961.

Together with Slovenia, the Netherlands received the invitation (wild card) from the IHF in recognition of their rise in the sport and their good performance in the European championship.

Argentina, meanwhile, was the winner of the gold medal at the Odesur Games in Asunción, Paraguay, last October and Pan American champion in Lima, Peru, 2019, and qualified for the World Cup in January 2021, placing second in the Central South tournament, which was held in Recife, Brazil.

In the previous one, Los Gladiadores participated in the homer Domingo Bárcenas, in Valencia, Spain, in which they defeated Bahrain (31-27); they lost with Rumania (26-31) and with the local representative.

To pass the phase, those led by Milano will have to finish in the top three in the area and for this a victory on debut will be essential.

In Egypt 2021, the team led by the Spanish Manuel Cárdenas went through the round as second in the group with two wins and one loss and in the second phase they were on the verge of entering the top eight but were eliminated due to goal difference.

The 28th World Cup in the history of handball opened on Wednesday with the victory of France against Poland (26-24) and today the activity will continue with seven games.

Denmark, defending champion, will also have its debut tomorrow in the last turn (16:30) against Belgium.