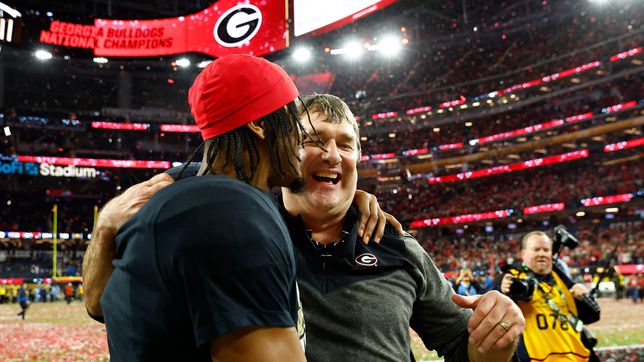 The Georgia Bulldogs defeated the TCU Horned Frogs 65-7 in the final of the College Football Playoffs.

With this, the team led by head coach Kirby Smart got the two-time college football championship.

Here are the five keys to success for the Bulldogs.

The Georgia QB was chosen as the Offensive MVP after generating six touchdowns, four passing and two carrying. Only quarterbacks Vince Young and Craig Krenzel had rushed for multiple TDs in a championship game. Likewise, he passed for 304 yards after completing 18 of 25 throws.

From walk-on to college football champion. Stetson Bennett’s time at Georgia has been remarkable:

What a career for QB1 🏆 pic.twitter.com/7M0pr9Tw5t

Bullard shone in the CFP final for his ability to generate turnovers. The defensive back recorded two interceptions and a fumble recovery. Also, he made a tackle.

Max Duggan was a Heisman Trophy finalist, but Georgia’s defense was too much for him. The TCU QB was sacked five times and threw two interceptions against the Bulldogs.

Derius Davis was the Horned Frogs’ leading WR with 101 yards on five receptions, but fumbled on the second drive of the game and Bullard recovered.

Smart became the first head coach to win college championships under the CFP format. Since he took over the Bulldogs, the team is 80-15 and has won two of the three Finals he has coached.