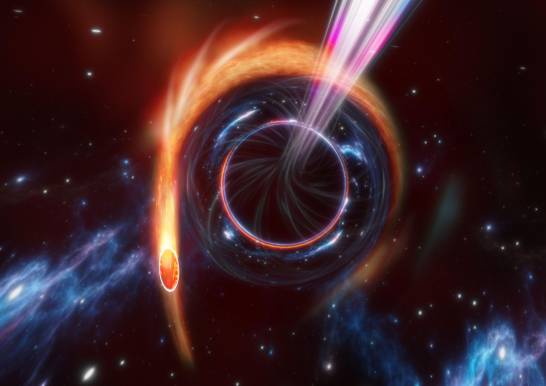 Stars very close to a black hole are torn apart by its incredible tidal forces in what is known as a Tidal Disruption Event (TDE). Approximately 1% of these events cause jets of plasma and radiation to be ejected from the poles of the rotating black hole.

In 1971, black hole pioneer John Wheeler introduced the concept of a TDE jet as “a tube of toothpaste that is squeezed with force in the middle”, causing the system to “expel matter from both ends”. Since then, they haven’t stopped investigating.

A rare tidal disruption event (TDE) has been detected in a distant galaxy, where a supermassive black hole has devoured a star and ejected the leftovers in the form of a jet.

Earlier this year, the survey telescope Zwicky Transient Facility (ZTFin the US) detected an unusual source of visible light, and several telescopes were immediately alerted, including the Very Large Telescope (VLT) at the European Southern Observatory (ESO) in Chile.

The VLT was quickly redirected towards the source, which turned out to be a supermassive black hole in a distant galaxy that had gobbled up a star, spewing out the remnants in a jet. He also determined that it was the most distant example of such an event ever observed. The results are published in the journals Nature and Nature Astronomy.

Although most of the detected TDEs originate from the nearby Universe, this event originated from a galaxy about 12.4 billion light-years away and was only visible from Earth due to its exceptional brightness. Furthermore, as the jet is pointed almost in our direction, it is also the first time it has been discovered in visible light, providing a new way to detect these extreme events.

“We’ve only seen a handful of these jet TDEs and they’re still very exotic and little-known events,” says Nial Tanvir of the University of Leicester in the UK, who led the VLT observations to determine the object’s distance.

Therefore, the astronomical community is constantly looking for these extreme events to understand how jets are actually created and why such a small fraction of TDE produces them.

As part of this search, many telescopes, including the ZTFcontinuously scan the sky for signs of short-lived, often extreme, events that could be studied in greater detail by other telescopes.

“We developed an open source pipeline to store and extract important information from the ZTF survey and alert us in real time about the presence of unusual events”, explains Igor Andreoni, astronomer at the University of Maryland, in the United States, who co-led the article published today in Nature with Michael Coughlin of the University of Minnesota.

In February of this year, the ZTF detected a new source of visible light. The event, called AT2022cmc, was reminiscent of a gamma-ray burst, the universe’s most powerful light source. The prospect of witnessing this rare phenomenon prompted the team to activate multiple telescopes around the world to observe the mysterious source in greater detail and at various wavelengths. 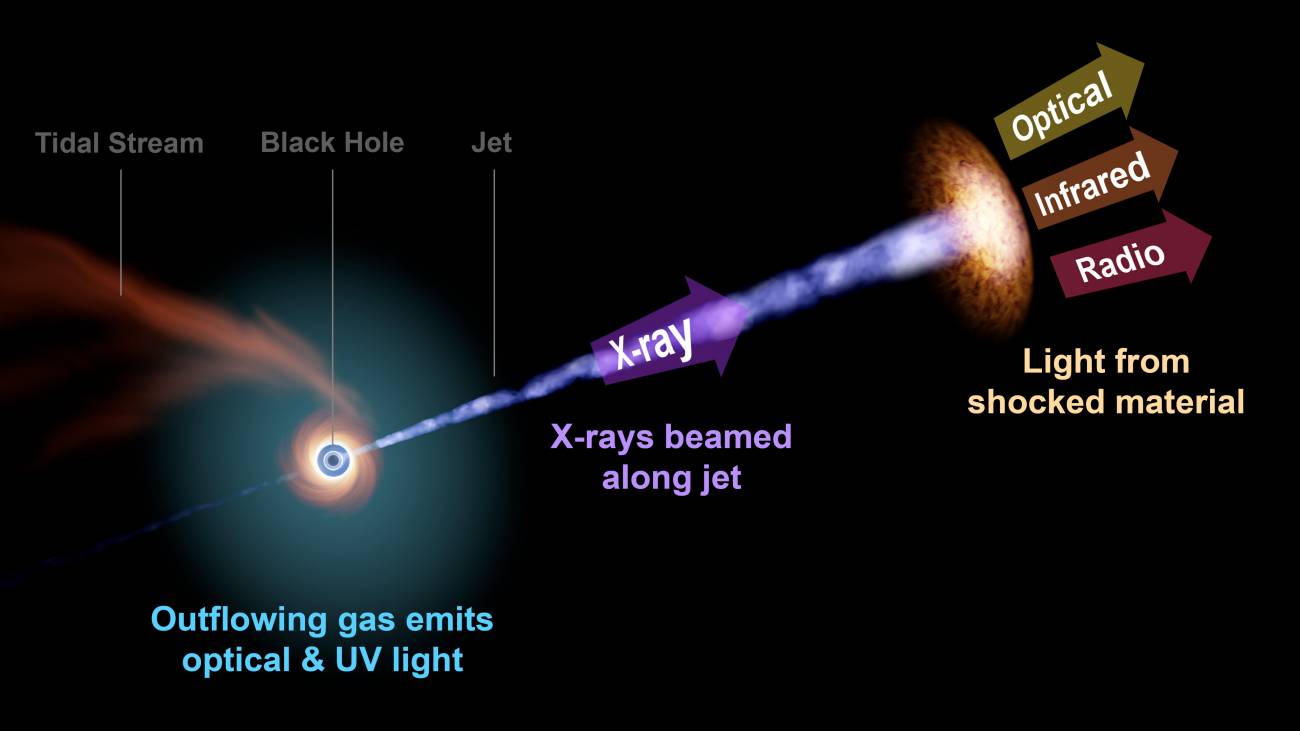 This included the VLT, which observed this new event with the X-shooter instrument. Their data placed the source at an unprecedented distance for these events: the light produced by AT2022cmc began its journey when the universe was about a third of its current age.

A total of 21 telescopes around the world collected a wide variety of light bands, from high-energy gamma rays to radio waves. The team compared this data with different types of known events, from collapsed stars to kilonovae.

Although most of the detected TDEs originate from the nearby Universe, this event came from a galaxy about 12.4 billion light-years away and was only visible from Earth due to its exceptional brightness.

But the only scenario that matched the data was a rare TDE with a jet pointing in our direction. Giorgos Leloudas, astronomer at DTU Space in Denmark and co-author of this study, explains that “the fact that the relativistic jet is pointing towards us makes the event much brighter than it would appear, and also makes it visible on a broader scale of the spectrum. electromagnetic.”

“Until now, the small number of known TDE jets were initially detected using high-energy X-ray and gamma-ray telescopes, but this was the first discovery of such an event during an optical survey,” said co-author Daniel Perley, astronomer at Liverpool John Moores University, UK.

These results show a new way to detect jet TDEs, allowing for a deeper study of these rare events and the extreme environments surrounding black holes.

Igor Andreoni et al. “A very luminous jet from the breakup of a star by an enormous black hole.” Nature, 2022.

Dheeraj Pasham et al. “The birth of a relativistic jet following the rupture of a star by a cosmological black hole”. Nature Astronomy, 2022.