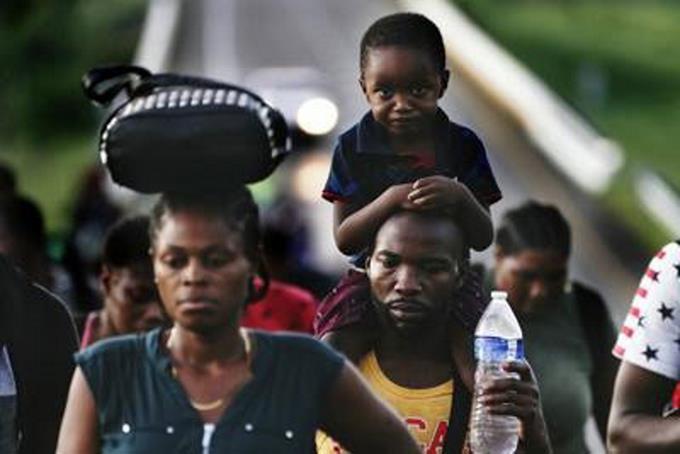 The US immigration authorities reminded migrants from Cuba, Haiti, Nicaragua and Venezuela on Monday that the plan that allows them to be immediately deported to Mexico if they lack prior approval of a humanitarian permit request came into force on Monday. to enter the country.

The United States Customs and Border Protection (CBP) reiterated that immigrants from these four countries must request prior authorization to travel to the United States, and those who enter the country undocumented will be expelled to the neighboring country “quickly” .

On January 5, President Joe Biden announced a plan to stop the large flow of immigrants across the southern border of the country.

Under the plan, the United States will accept about 30,000 asylum seekers a month from Venezuela, Cuba, Nicaragua and Haiti, expanding a program for which it already granted humanitarian permits to Venezuelans.

Those who are deported to the neighboring country for crossing the southern border irregularly will not be able to access humanitarian permits, nor will those who arrive “illegally” in Panama and Mexico be able to request it, CBP reiterated in its messages via Twitter.

To apply for humanitarian permission, immigrants from these four countries must have a sponsor in the United States, who guarantees that they will provide them with housing and food, among other necessities.