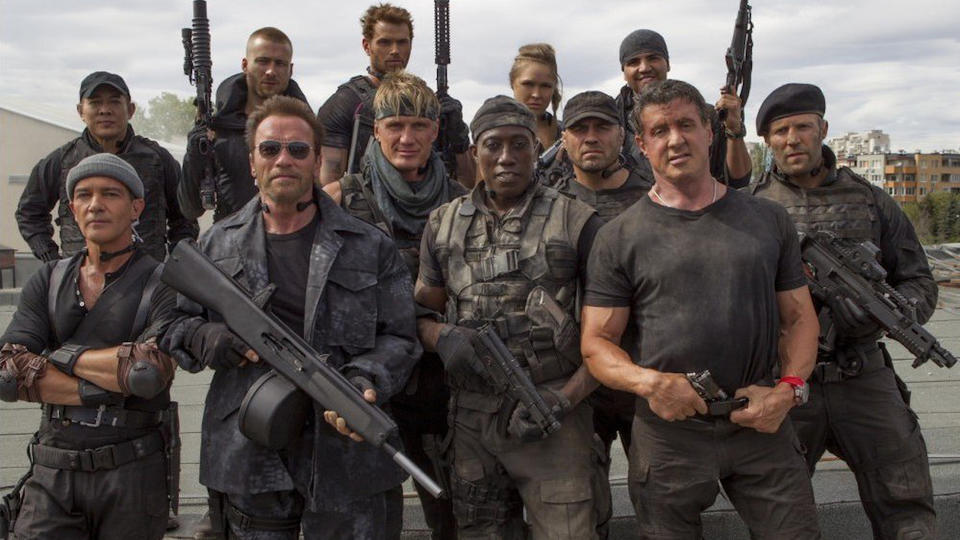 Sylvester Stallone poked fun at The Expendables 4 movie by posting a picture of a ring.

The imposing golden jewel adorned with a skull with purple eyes would be the new lucky charm of his character in the fourth installment of the franchise, which until then was thought to be paralyzed.

“I just finished designing the new ring for EXPENDABLE 4. It’s a bit heavy, but it will exercise your fingers,” wrote the actor, who seems to announce that production is well and truly underway.

Released in 2010, the first Expendables grossed a total of $ 274.5 million at the box office. The following components had allowed them to raise $ 530 million. Enough to encourage its designers to work on a sequel that, aside from this recent message from Stallone, had not yet been officially confirmed.

If this fourth movie were to come to light, it is very likely that the Rocky interpreter will reprise his role there. Will it be the same for the rest of the cast? Barney Ross’s group of grandparents included Dolph Lundgren, Jason Statham, Schwarzenegger, and Jet Li in their ranks.

Allociné recalls that there is little chance that Bruce Willis will be back. The latter was confused with Stallone because he demanded a fee of $ 4 million for four days of shooting of the 3. The Crystal Trap actor had been replaced at the casting by Harrison Ford.

“It looks like we are going to do [The Expendables 4] Randy Couture recently said on The Jenna Ben Show, suggesting that he would start over. “They’ve been doing it for a few years, but recently I found out from my agent that they were working on the script for [EX4] and that they were planning to schedule the filming of Expendables 4 for this fall. He said, adding that he hadn’t seen the script yet.

Three weeks ago, Stallone posted a photo on Instagram of himself with Schwarzenegger. If he hadn’t clarified the purpose of their reunion, fans are now hoping it would be The Expendables 4.