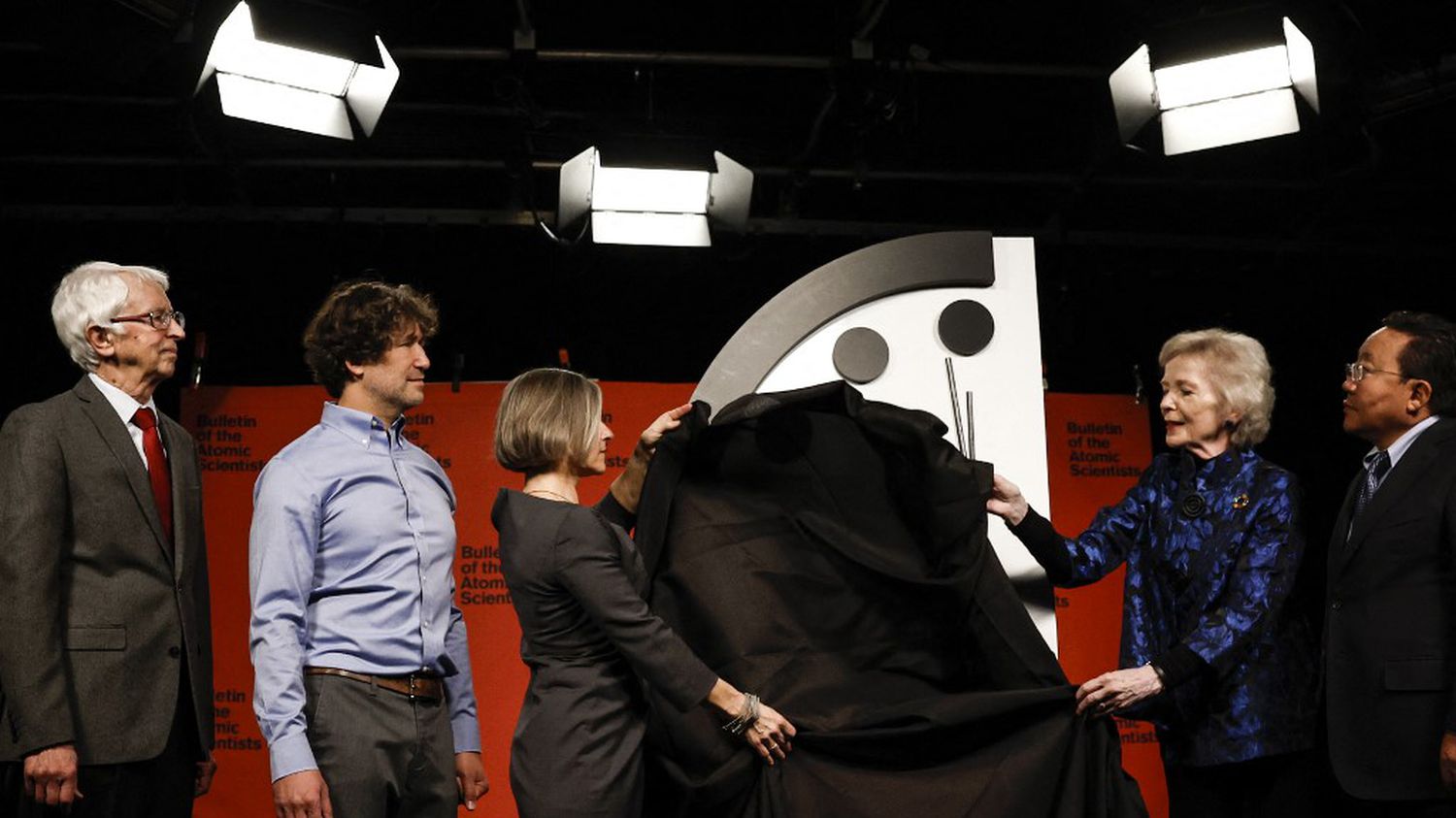 It is 90 seconds to midnight, humanity has never been so close to a planetary cataclysm: this was announced on Tuesday January 24 by the group of scientists managing the doomsday clock, which monitors not not the time but the end of time. The “Bulletin of the Atomic Scientists” (link in English)in charge of this symbolic project since 1947, unveiled at a press conference in Washington its new schedule, supposed to measure the imminence of a world catastrophe.

This has been advanced by 10 seconds and now marks midnight minus 90 seconds, approaching midnight, the fateful hour that scientists hope will never be reached. This is a record since its creation. Since 2020, the clock created during the cold war to warn of the risks of the end of the world was set at midnight minus 100 seconds all round. “We’re moving the clock forward, and it’s the closest it’s ever been to midnight”said the group in unveiling the new schedule, mentioning in particular, but “not exclusively”, “the growing dangers of war in Ukraine” and “the increased risk of a nuclear escalation”.

The climate crisis and the war in Ukraine taken into account

“We live in a time of unprecedented danger, and the doomsday clock represents that reality”, explained Rachel Bronson, president of the Bulletin of the Atomic Scientists. Advance the schedule “is a decision our experts do not take lightly. The U.S. government, its NATO allies, and Ukraine have myriad channels of dialogue available to them; we urge leaders to do their utmost to consider them. all to turn back the clock“, she added.

The communiqué of this group of experts, which includes thirteen Nobel Prize winners, will be available in English, Russian and Ukrainian; a first, she said. In addition to the war in Ukraine and the nuclear danger, scientists have taken into account “the persistent threats represented by the climate crisis” as well as the fact that the “devastating events, such as the Covid-19 pandemic, can no longer be considered as rare occurrences occurring only once in a hundred years”. The panel also discussed misinformation and surveillance technologies.