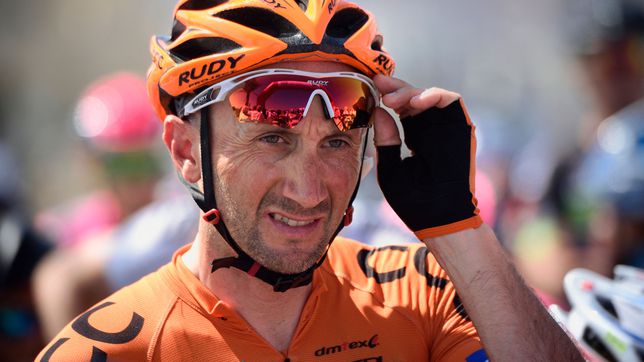 On the last day of November, our souls shrank with terrible news. Davide Rebellin was killed by a truck on a road in his native Veneto. It’s the cycling drama that never ends. An event that repeats every week in every corner of the world, with anonymous cyclists, but it jumps from time to time to the big headlines when it affects an illustrious professional peloton. Rebellion’s death reminds us, inevitably, of his Italian compatriot Michele Scarponi, in 2017. Or evokes us the tragic cases of the Otxoa brothers, of Antonio Martín, of Victor Cabedoby Saúl Morales, by Néstor Mora, by Iñaki Lejarreta… The endless list. The road cyclist is the athlete who exposes himself the most in his training, because he coexists in the same space with motor vehicles. And coexistence is not easy. Much progress has been made in Spain, with changes in the traffic code, with road safety campaigns, with education… But it is never enough. This same year we live the indecent event of Alejandro Valverde, hit on purpose by a car along with other members of his group. The responsibility of drivers is great in this type of accident. Cyclists also have their part, of course. Despite this, the weak part is always the bike. It should be kept in mind.

Rebellion’s death has brought us closer to the tragedy of each day because he was a well-known cyclist, who has been three decades as a professionalfor what we saw him pass from generation to generation, from Indurain to Valverde. Officially he retired a few days ago, at the age of 51after breaking longevity records, with a record of 62 wins. For the fan it remains his feat of 2004when he chained the Fleche Wallonne, the Liège-Bastogne-Liège and the Amstel Gold Race. She lived more than half her life on a bicycle. And on her he died. Like so many others who also generate tears, but not headlines. Let’s not forget them either.

The story of the dangerous serial killer husband came to light