The Country Club hosts the US Open 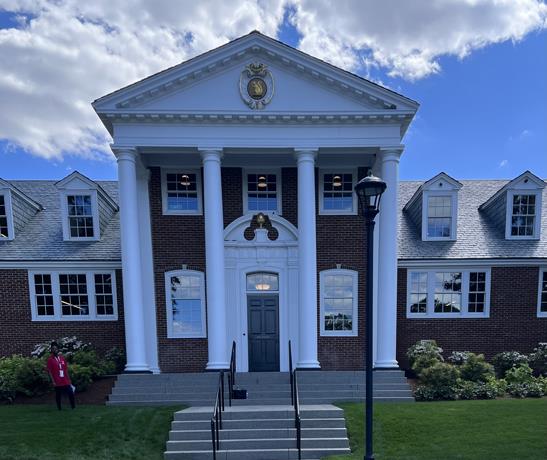 Hello Fevers. It is the week of the US Open, third best of the year, and without a doubt one of the most difficult, challenging and coveted tournaments among the big four. I have come here invited by the Dewar’s brand, official whiskey of the event, and as always I take advantage of these opportunities and I credit myself as a press to have a better “inside” of the event, and also to record a complete program from this great tournament that is organized by the USGA, so stay tuned to our Instagram @fiebredegolf and our social media. Let’s see some important facts of the tournament.

Headquarters: The Country Club has evolved over the years. Opened in 1892 (it is one of the oldest courses in the USA), a year later it received its first renovation and only had 6 holes, completing 9 two years later. Five years later they finished the 18, and in 1927 they opened an additional nine holes which they called “Primrose”. The championship course incorporates 3½ holes of “Primrose”. In 1988, the last time the tournament was there, it underwent minor changes under Rees Jones, and then Gil Hanse oversaw the most recent restoration in 2013. The previous editions of the tournament were in 1913, 1963 and 1988. In 1999 it was played in The Country Club the 33rd edition of the Ryder Cup, popularly known as “The Battle of Brookline”, which was won by the USA after a putt by Justin Leonard from 45 feet in the 17th, triumphing over José María Olazábal. The course plays 7,254 yards and is a par 70.

The field: 156 players power in the tournament. The cut is agreed to the best 60 and ties, and in case there is a tiebreaker on Sunday, two holes of added score are played, and if it persists, it is played hole by hole until a winner is declared.

What is not seen: Obviously on TV not everything comes out, because the focus is on the players, but behind the cameras the field is constantly boiling. Dozens of “concession stores”, TV tents, interview center, the beautiful clubhouse, the buildings painted yellow (official color of the club), and of course, the large press center where we have worked since our arrival. This year the USGA came with an innovation, and that is that all the data that was always printed, is now served digitally. Not only documents, videos, interviews, and audios are available to accredited journalists. Not to mention the enormous store: more than 2,000 square meters of merchandise alluding to the tournament, and the lavish corporate boxes, the envy of those who walk under the sun.

Where do I see it? The tournament can be seen today and tomorrow on Peacock, NBC, USA and ESPN. The weekend goes by Peacock, NBC and ESPN.

Iran: Dozens of people were killed and many injured by firing on protesters

Dinesh Karthik may retire from cricket, he indicated by sharing an emotional video