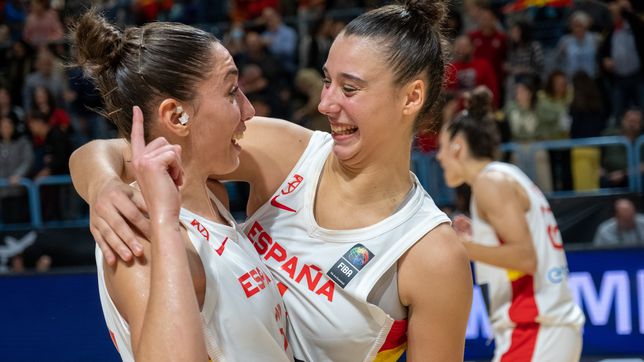 The splendid summer of the Basketball Teamswith eight finals out of eight possible and the icing on the gold in the men’s Eurobasket, could not be complete. There was a team that was absent from the party. And not just any team, but a historic one, which has achieved important milestones in this century. I mean, of course, the absolute women’s teamthe same who spent seven consecutive years without getting off the podium from 2013 to 2019with a harvest that includes three golds in Europe, the Olympic silver in Rio 2016 and another silver in the World Cup in Turkey 2014. The streak was cut last year with a bump in the Eurobasket in Spainwhere seventh place left the hostess not only without a medal, but also without qualifying options for the 2022 World Cup. The subsequent sixth place at the Tokyo Games, together with the unpleasant dismissal of Lucas Mondelo, with controversial relations with several players, left the National Team without activity this year, and in the midst of a reconstruction periodwith Miguel Méndez as the new coach.

That same team He had not played for a year, he met this week in the qualifying windows for the European 2023with a team that brings together illustrious veterans, such as Alba Torrensthe new captain Queralt Casas and Leo Rodríguez, together with the generations of 1997 and 1998, as well as the precocious Raquel Carrera, who settle in the bulk of the group. After the thrashing of Iceland on Thursday, Huelva hosts a second match against Hungary today. The victory gives the pass to the Eurobasket, the championship where the origin of evils occurred. Comebacks are not easy, we recently verified it with the Handball Warriors, other historic ones in low hours. As Mendez says: “We are building a team.” Comebacks start at the bottom.