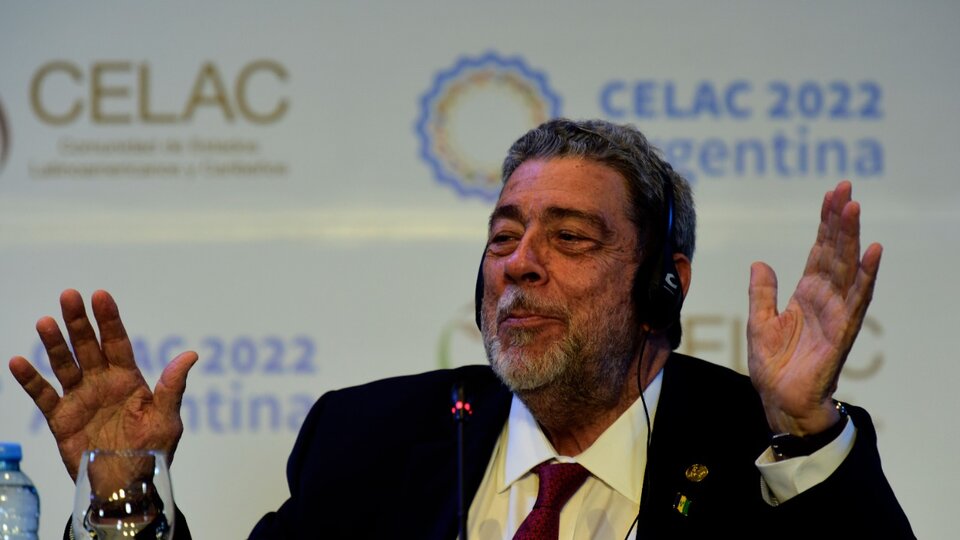 The Caribbean as a geostrategic area has generally been relegated by the countries of the Southern Cone. The wide geographical distance, but above all in historical, cultural and political terms, has tended to see this group of islands only as a synonym for exclusive vacations or tax havens.

However, and as historically it has been conceived from Washington based on geopolitical theorists such as Alfred Mahan (1814-1914), the Antilles represent a retaining wall against any siege attempt coming from the south or from the Atlantic. The Caribbean Sea, in fact, was represented as a kind of Mediterranean Sea as it was in antiquity for the Roman Empire, a true Mare Nostrum.

Despite the presence of other colonial powers such as the United Kingdom, France and the Netherlands, the influence of the United States there was decisive in the days of the Cold War with the installation of military and naval bases in Bermuda, Cuba (Guantánamo), Puerto Rico and Honduras.

In recent decades –and with US concerns located in other territories of the planet–the Antilles have become an arena of dispute in which Mexico initially had a fluctuating presence. However, it began to redefine itself with Venezuela, especially since Hugo Chávez came to power, in what was a slow process of political conversion.

With the election of Saint Vincent and the Grenadines in the Pro Tempore Presidency, CELAC assumes the challenge that a nation of minimal dimensions govern a block of vast territorial extension. This bloc has strong internal tensions between its partners, added to the complexities of its relationship with the US and other rising poles of power, such as China and Russia.

The country that will lead CELAC has its peculiarities: it is inhabited by 110,000 people in 387 km2 distributed in 32 islands. Saint Vincent is the largest and most populous: the rest of the territory extends into the Grenadines archipelago, which groups more than 600 islands and islets.

Like several of the Caribbean islands, Saint Vincent was successively a Spanish colony, then a French one, and, from 1796, also a British one. Its independence was late, in 1979. Although it is a “half” sovereign nation: for now it continues to be part of the British empire with a significant degree of autonomy.

Since 2001, the country has been led by Ralph Gonsalves, Prime Minister for the Unity Labor Party, a left-wing party created in 1994 and which for more than two decades has been a member of the Sao Paulo Forum.

Beyond his social and educational achievements, Gonsalves — “Comrade Ralph” — has pursued an active foreign policy. The country is the protagonist of the bloc of the Caribbean Community (CARICOM) and is considered an ally of the group of Bolivarian countries: it is one of the founding partners of ALBA-TCP, the regional bloc that Venezuela and Cuba established in a large part of the center and South America.

But one of Gonsalves’ greatest foreign policy achievements was becoming a non-permanent member of the United Nations Security Council for the 2020-2021 period. Thus, Saint Vincent and the Grenadines widely prevailed over the other Latin American candidate, El Salvador, sponsored by the US government.

Since last year, San Vicente has become one of the most rebellious centers of the Caribbean Commonwealth, in search of its own future as a democratic and republican regime. His growing rejection of the British royal family and, above all, the new monarch Carlos III is clear.

During the Caribbean tour of Counts Eduardo and Sofía de Wessex at the end of April 2022 for the jubilee of Elizabeth II, there were protests in Saint Vincent over the lack of recognition of the damage caused by the slave trade in the region. In the midst of the turmoil on the island, Gonsalves proposed last October to hold an upcoming referendum to define the country’s destiny.

Despite its territorial limitations, Saint Vincent and the Grenadines has been characterized in strategic terms in the OAS, for its positions against interventionism and the US government in its blockade of Cuba.

It is to be expected that Saint Vincent’s performance at the head of CELAC will not develop alone: ​​it will take advantage of its extensive political ties to move as a block, as occurs in the OAS, where the ten votes of the Caribbean group can help promote initiatives or contribute to decisively reject them.

In the bloc’s presidency, Ralph Gonsalves will surely receive the support of the Caribbean Community (CARICOM) and perhaps also of the ALBA countries. And in adverse situations, it is expected that the group of progressive governments in the region will contribute to its maintenance.

The main axis of his management will probably be crossed by the greatest concern of San Vicente at present: climate change that causes frequent and increasingly violent hurricanes in the region and threatens tourism, one of the few profitable activities today for the Caribbean nations.

The election of Saint Vincent and the Grenadines as head of CELAC shows a healthy rearrangement of the axis of power within the organization, in which, in addition to Brazil, Mexico and Argentina, a group of islands that could be key to the construction of a renewed political agenda in the region.