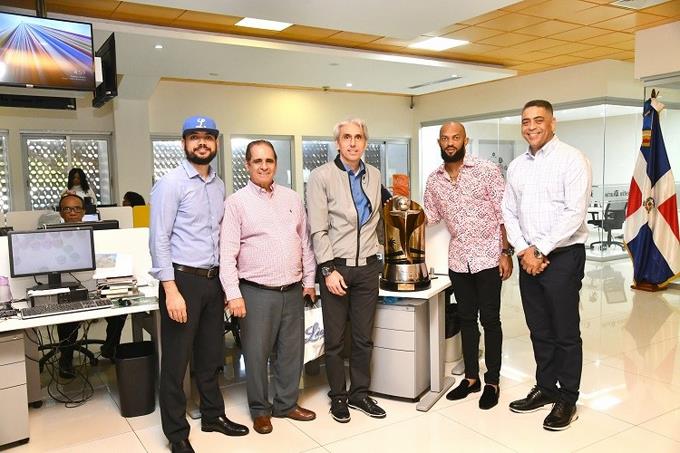 For the president of the Licey, Ricardo Ravelo, this year has been the best season this team has had in its entire history.

At least the ones he has observed, since he was a child who barely walked in the late 60’s when he began to attend the Quisqueya stadium at the hands of his parents Don Fernando Ravelo and Doña Lil Magaly Jana de Ravelo .

And immediately, the president of the Licey went on to explain all the positive things that happened this year around the Tigres, which finally culminated in the conquest of their 23rd crown.

“For me this has been the best season that the Licey has had in its entire history, this year has been great, several records were broken, they won all the individual awards, what more could we have expected,” said Ravelo, after talking with journalists Héctor J. Cruz, sports editor of Listín Diario and Pedro G. Briceño, editor at the Café Deportivo of this newspaper.

He immediately went on to explain all the positive things that happened this year around the Tigers, which finally culminated in the conquest of their 23rd crown.

The first thing is that the team was always in the regular series between first and second place in the standing. They finished with 34 wins, the most recorded in a six-team regular, surpassing their previous mark when in 2005-06 they went 32-18.

They won all three series, regular, Round Robin and the final, as well as winning the particular series they played against each of the teams.

Also in the individual aspect, the Licey swept all the awards and it is only necessary to mention those obtained by Ronny Mauricio, Most Valuable Player; Cesar Valdez, Pitcher of the Year; Most outstanding manager and manager, José Offerman and Audo Vicente, as well as Emilio Bonifacio, the most gentleman.

Licey achieved everything despite the fact that at least 20 of its players were stopped from continuing to play for their Major League franchises.

According to Ravelo, every time this happened they only sought to make an effort to continue forward. “The important thing was that the team did not diminish its quality.”

In this sense, he gave a lot of credit to manager Audo Vicente, who even on some occasions when they stopped one or another player, the contracts were already there,” he said.

Ravelo acknowledges that in the past, the Licey has had good “trabucos” teams, mainly in the 70’s and 80’s, but this year was a special campaign.

And this is more so at a time when executives don’t know when they will stop one or another player from continuing to play in the Major Leagues, in addition to the fact that in today’s baseball, general managers must prepare teams for at least three phases.

In the past, the same did not happen, for example when in the 70s and 80s, the Dodgers sent their best talent to Licey, and they came for the entire season.

From the controversy of ‘Pathan’ to its premiere, Shahrukh Khan said it all even without speaking