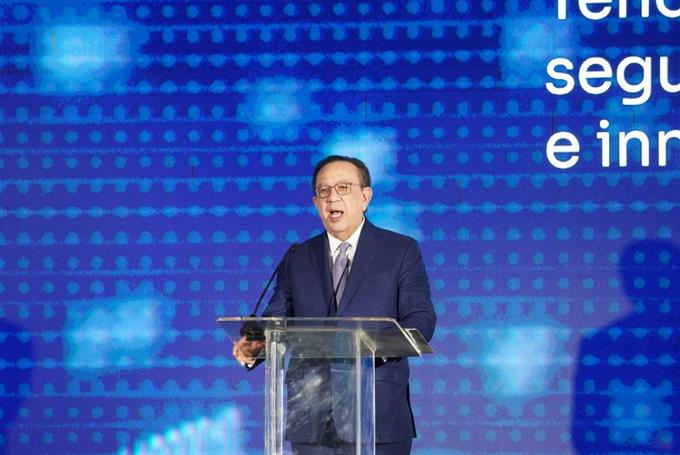 The Governor of the Central Bank, Héctor Valdez Albizu expressed concern about the increase in cybercrime in financial infrastructures in other countrieson the occasion of the Latin American Congress of Technology and Financial Innovation (CLAB), which is held in the Dominican Republic.

The official stated that Actions have been taken to strengthen the cyber security and information security functions of all regulated entities.
He added that these actions are intended to contribute to the protection of the technological platforms of the direct and indirect participants of the Payment System of the Dominican Republic (SIPARD).

The official mentioned the elaboration of the Cyber ​​Security and Information Regulations, approved by the Monetary Board in November 2018 and assured that Thanks to the implementation of this regulation, financial system entities were better prepared to face the increase in cyberattacks during the pandemic. globally, and we had nothing to regret in that regard.’

He also referred to the creation of a centralized structure, the Sector Center for Response to Cyber ​​Security Incidents for the Financial and Payment Sector (SPRICS), under the administrative dependency of the Central Bank, which came into operation in 2020.

He explained that its objective is to support system entities in mitigating the effects and propagation of possible cybersecurity events, which in turn could become a systemic or reputational risk. He indicated that he currently has 80 connected participants: banks, stock market and payment system administrators.

By offering the conference ‘Regulatory trends in digital banking, information security, cybersecurity and financial innovation (Innovation Hub)’, during the Latin American Congress of Financial Technology and Innovation (CLAB) 2022Valdez Albizu associated this important milestone reached in the Dominican Republic with the approval by the Monetary Board of initiatives aimed at encouraging the use of digital channels for financial products and services.

He stressed that the The Monetary Board approved and is already operating in the country the first fully digital multiple bank, with local capital. “This is a milestone in the history of the Dominican financial system, and I am sure it will not be the only one,” he said.

In a similar order, he stated that ‘in 2018 there were 20 fintech companieswhile entered the 2022 already operating in the local market 50 of these entitiesproviding services in segments such as payments, personal and business finance management, alternative financing, financial assets and capital markets, among others”.

payments ecosystem
Valdez Albizu highlighted that ‘the Monetary Board in 2007 laid the foundations and the motivation for the creation of a dynamic, modern, safe and reliable payment ecosystem in the country, based on the Payment System Regulation issued by the same body.

“As an example, the Instant Payment Servicewhose growth has maintained an exponential trend, reaching for the period January-October 2022 an increase of 47.3% in the volume of payments in the Real Time Gross Settlement (LBTR) system of the Central Bank, compared to the same period of the previous year, and 338.9% compared to 2019”.

The governor immediately pointed out that “fourteen years later, the new version of the regulation includes the creation of electronic payment companies (EPEs), which play a complementary role to traditional banking.”

virtual currencies. Analysis
The governor referred to the digital currencies that could be issued by central banks (CBDC in English), which would have the support of the issuing entities. He said that like other central banks, they are exhausting the analysis phase and exploring the nature, monetary impact and functionality of these schemes.

He cited the 2022 Annual Economic Report of the Bank for International Settlements (BIS), which states that a system based on central bank money offers a stronger foundation for innovation, ensuring that services are stable and interoperable.