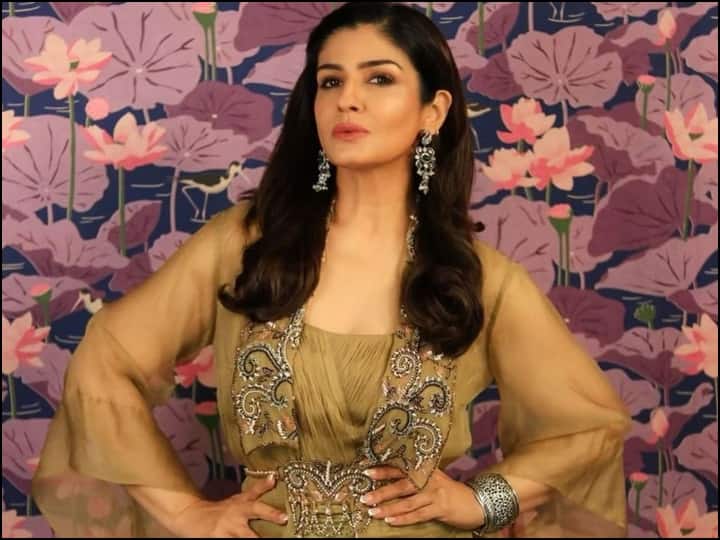 Bollywood actress Raveena Tandon has expressed her happiness and gratitude for being nominated for the Padma Shri Award 2023. Writing a social media post, Raveena Tandon thanked the film industry for appreciating her work. Along with this, the actress has given credit to her father for such a great honor.

There is no room for happiness for Raveena Tandon after being nominated for Padma Shri. The actress expresses her happiness on social networks. The actress is receiving a lot of compliments from the film industry. Meanwhile, although she thanked Raveena Tandon for this award, she attributed her success to her father.

Speaking to ANI, Raveena Tandon said: “Honoured and grateful… Thank you, Government of India, for recognizing my work and contribution, my passion and purpose: film and art, which has made me not only a part of the film industry. Rather it gave me the opportunity to work beyond this… I give the credit to my father.

Honored and grateful. Thank you, GoI, for recognizing my contributions, my passion and purpose: film and the arts, which allowed me to contribute, not only to the film industry but beyond. I owe this to my father: Actor Raveena Tandon

Let us tell you that this year the names of the Padma Award winners have been announced before Republic Day. The names of music composer MM Keeravani and actress Raveena Tandon from South Indian film ‘RRR’ (RRR) are also included in this list. Previously, Keeravani received the Best Original Song award at the Golden Globe for the song ‘Naatu-Naatu’ from ‘RRR’. He composed the music for this song.

The government has selected 106 people for these awards, of whom 6 will be honored with Padma Vibhushan, 9 with Padma Bhushan. Whereas, 91 people will get Padma Shri. 19 women are also included in this list.

Talking about Raveena Tandon, she has been a veteran actress of Hindi cinema. Many successful Bollywood movies have been shot in her name. Not only in Hindi movies, Raveena has also shown her acting prowess in the Southern Industry, the role of the actress in KGF 2 was highly appreciated.