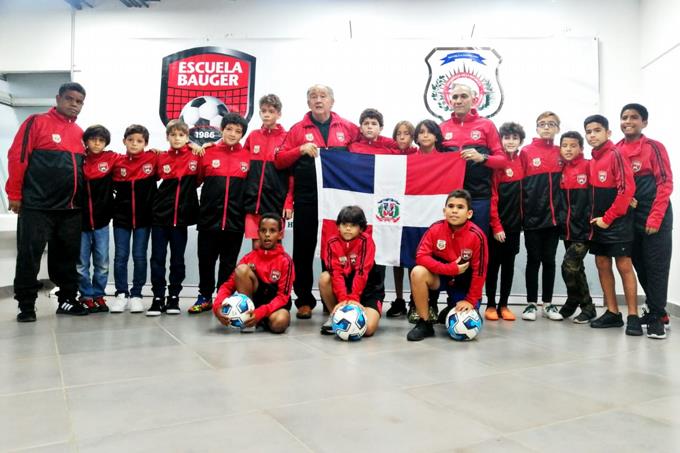 Two teams from the pioneering soccer schools in the country will participate in the thirtieth edition of the NAD (No to Drugs) Tournament, which will be held in Guatemala from Monday, the 28th of this month, to Friday, December 2.

This contest is organized by the renowned Club Menedy FC and is considered the most important tournament in Central America because it is attended by teams from El Salvador, Nicaragua, Honduras, Mexico and for the first time one from the Dominican Republic.

This week the president of the country’s National Drug Commission, Vice Admiral José Manuel Cabrera Ulloa, delivered the official jackets that all the members of the delegation will wear, while urging them to defend with dignity the colors of their institution and the country .

For his part, Mr. José Lomba, representing the fathers and mothers of the delegation, thanked the gesture and, as the father of one of the child soccer players, highlighted the enthusiasm that everyone is experiencing with the so-called Guatemala 2022 experience.

His Excellency the Ambassador of Guatemala in the country also shared with the Baugerian delegation and managed facilities so that Creole soccer players are treated with special deference in his country.

Interview with the former health minister of Pedro Castillo in Peru