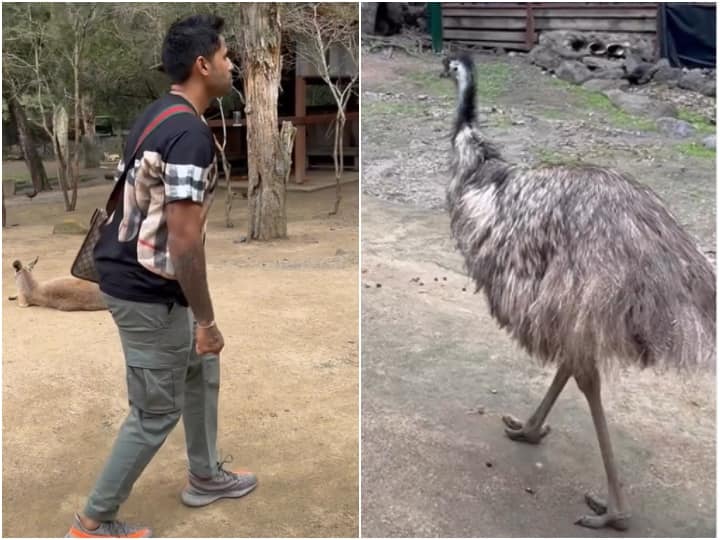 The new year started in the best way for the Indian team. The team won the T20 and ODI series played against Sri Lanka. Now from January 18, the team will start the New Zealand home series. Prior to this series, a very unique style of the team’s star batsman, Suryakumar Yadav, appeared. Precisely, he shared a video through his Instagram, in which he is seen imitating the Emu bird.

Surya’s aggression is visible on the pitch. But there are many changes in his form off the field, this video is giving clear proof of that. In this shared video you can see that in the video he is seen imitating the bird, that is, he walks exactly as that bird walks. Seeing Suriya’s mime trick, his wife Devisha Shetty asks who you are imitating. Surya responds to this and says: ‘Emu. Of’

Suryakumar Yadav scored a brilliant century in the third match of the T20 series against Sri Lanka. He scored an innings of 112 runs on 51 balls aided by 7 fours and 9 sixes. This was the third century of his T20 International career. Now, even in the home series against New Zealand, the fans have high hopes for him.

Google can turn your Android smartphone into a USB webcam