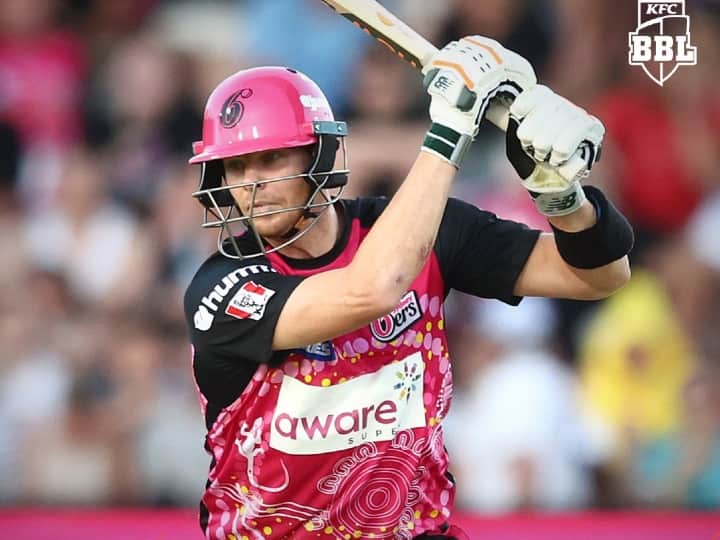 Australia’s star batsman Steve Smith sounded the alarm for the India team even before the Test series against India. In the Big Bash League being played these days, he scored his first century playing an innings of 101 runs off 56 balls. Steve Smith, playing for the Sydney Sixers, made this tackle against the Adelaide Strikers. He hit a total of 5 fours and 7 sixes in his innings. During this, his unemployment rate was 180.36.

Steve Smith has been named vice-captain for Australia in the four-test series against the Indian team. He can create trouble for India in the Test series. Smith appears with excellent rhythm in the Test. Recently, he performed brilliantly in the three-match Test series against South Africa. He scored 85 runs in the first inning of the second game of the series and 104 runs in the first inning of the third game.

Let us tell you, the Sydney Sixers, who came out to bat first, put 203 runs on the board with the loss of 5 wickets in 20 overs. The Adelaide Strikers went out to chase runs and managed 144 runs from 19 overs. In this, Sydney Sixers bowlers Todd Murphy and Ben Dwarshuis took 3–3 wickets. Apart from this Steve O’Keefe took 2 wickets and Sean Abbott took 1 wicket.