Can you imagine what it would be like if your mobile phone number appeared in one of the most successful Netflix series? Well, that is exactly what happened to a South Korean citizen.

In case you haven’t seen the series yet, this one tells the story of Gi-hun. He is broke and desperate, which leads him to participate in an enigmatic game to win money. The same goes for 455 other players who have to call a number.

This number appears on the card with which they are invited. Now the problem is that this number exists and belongs to a businesswoman from Seongju, southwest of South Korea.

Money Today newspaper complains of having received thousands of calls and messages, “to the point that it is difficult to carry on with normal life.” He claims that he has used the number in question “for more than 10 years”, but the ‘horror’ began with the popularity of the series. 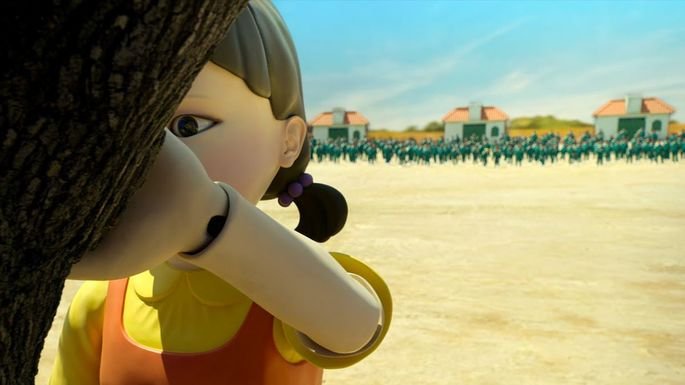 “At first I didn’t know why, but a friend told me that my number appeared on Squid Game and that’s when I realized it,” he reveals. The plaintiff is said to have already rejected compensation offers of up to five million (3,635 euros).

Netflix will edit the number in the scenes where it appears

The woman is thus receiving thousands of calls and messages from people wanting to “play”, as in the series. Given this scenario, Netflix has already made public mention that the phone number will be edited in the scenes in which it appears.

“With the producer, we are working to resolve that issue, including editing images with phone numbers when necessary,” Netflix said, without commenting on the tradeoffs.

Squid Game premiered on September 17 and everything points to it being the most popular series in history on the streaming platform.

Banks: these overdraft fees that weigh down the French with low...

US envoy for Afghanistan leaves office after chaotic withdrawal from the...