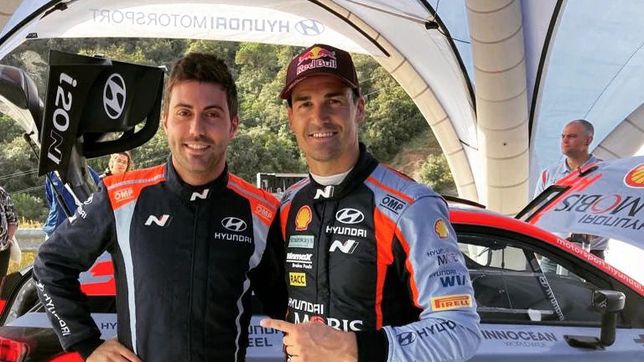 Dani Sordo will not be alone this season. The campaign that starts this weekend at the Monte Carlo Rally will have several Spaniards competing in different categories. Pepe López, Alejandro Cachón, Daniel Alonso, Roberto Blach or Raúl Hernández they will defend the national colors throughout the World Rally Championship.

The five-time champion of Spain, Pepe López, comes out in Monte Carlo, but still does not have the budget covered to follow the rest of the WRC2 season. That is his ambition and, after all the titles won in Spain in recent years, it would be the logical step. The one who has assured that he will compete in this category is Alejandro Cachón, which will cover the entire season, also making its debut in the Principality.

Your mentor and main sponsor, Daniel Alonso, will run in the Master category, Reserved for pilots over 50 years of age. After winning the European historical title in 2021, the Asturian now wants to try to assault the World Cup, where he will run at least seven tests.

And from the veterans we went to the juniors. Two Spaniards, Roberto Blach and Raúl Hernández are going to compete this season in this category. The Galician will do so after winning the Scholarship in Spain, and the Canarian will have the support of Jan Solans as a coach, who already won this title in 2019. It had been years since so many Spaniards had competed in the World Cup.

Acute shortage of antibiotics, a key demand from the European Union