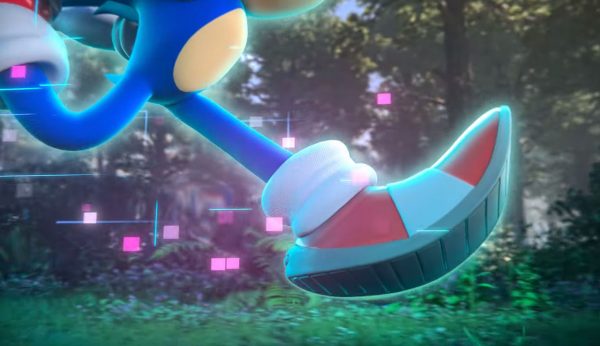 30 years and all its thorns. Sonic, the little blue hedgehog, turns 30. He was born in the early 90s to face his great rival, Mario. A story of competition between two Japanese manufacturers, Nintendo and Sega.

How was Sonic born?

To fully understand the birth of Sonic, we have to go back to the late 1980s. Nintendo’s hegemony is such that we associate the word console with Nintendo. Sega, the competitor that launched its new machine, the Mega Drive, hopes to shake its Japanese counterpart. And in this strategy, which is similar to a console war, an American is going to whisper a very simple strategy to the Japanese ears. Tom Kalinske, former head of the Mattel company, the one that relaunched Barbie in particular, is the new CEO of Sega of America. He identifies Mario, the Nintendo mascot, as the priority target.

And is this how an internal drawing competition at Sega Japan’s offices starts?

200 drawings later, a wolf, a bulldog, an egg-headed man, and a rabbit are selected as finalists. But that doesn’t seem to satisfy the team of programmers working on the game’s side.

Stylist Naoto Oshima, who had already proposed the rabbit, goes in another direction. Younger, the man liked to draw hedgehogs, and during the creative process, he kept his idea of ​​a hedgehog, but he will be inspired by Mickey and Felix the Cat to create the character that will become Sonic. He will become Sega’s official mascot, and he’s blue like Sega!

Sonic is fast, more aggressive, but above all cooler than Mario. Sega wants to downgrade the mustache plumber and will succeed in developing its brand outside of Japan in an extraordinary way. In the 90s, games are real hits.

Sonic is then declined in cartoons, in toys, the character will go through the ages, but the last few decades will be more complicated as SEGA stopped production of consoles in 2001. Sonic loses its splendor. Where Mario negotiates the 3D jump admirably well, Sonic struggles to convince, and when he returns to the front of the scene, it’s teaming up with his usual enemy, Mario, in Mario and Sonic at the Olympics, in 2007.

But the hedgehog is far from being forgotten.

In fact, in addition to the video game, Sonic has become a pop culture character. In 2020, he even got a movie at the cinema and a sequel is already underway. But to continue to exist, Sonic must come back strong on consoles, and Sega is currently working on a new generation of Sonic that will arrive in 2022 and that, according to the studio, will redefine the foundations of the future of the saga.

Valls pinned for irregular financing of his Barcelona campaign

Willy, an MVP in ostracism