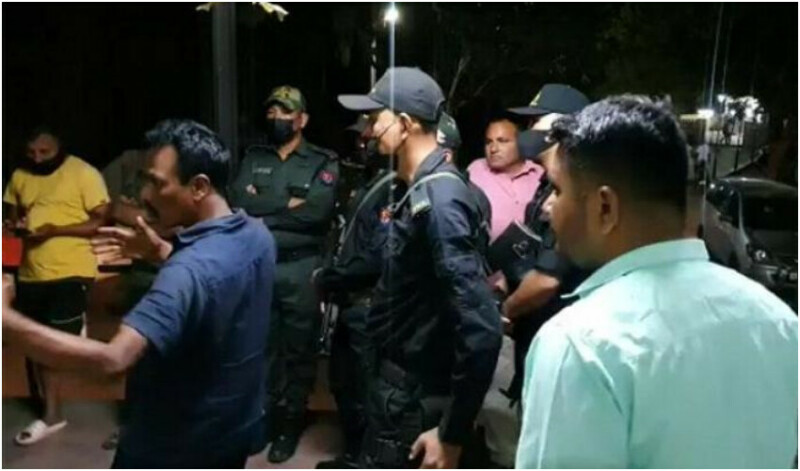 In the Indian state of Gujarat, two soldiers were killed in a clash between soldiers.

According to Indian media, state assembly elections are being held in Gujarat, in this regard, military personnel have also been deployed during polling in different areas.

During the polling in Pur Bandar, a town in Gujarat, there was a bitter exchange between the soldiers assigned to control the law and order situation.

More than bitter words, it turned into a quarrel and one of the soldiers opened fire with his official gun (AK56). Due to which 2 soldiers were killed on the spot while 2 were injured.

Purbandar police say that the soldier who opened fire has been arrested. The bodies and the injured have been shifted to the nearest government hospital, the injured are undergoing treatment and their condition is said to be out of danger.

The police say that the firing personnel and the dead and injured soldiers belong to the Indian Reserve Battalion. Investigations are on to find out the reasons behind the incident.

The Ukrainian president appealed to NATO countries to stop Russia