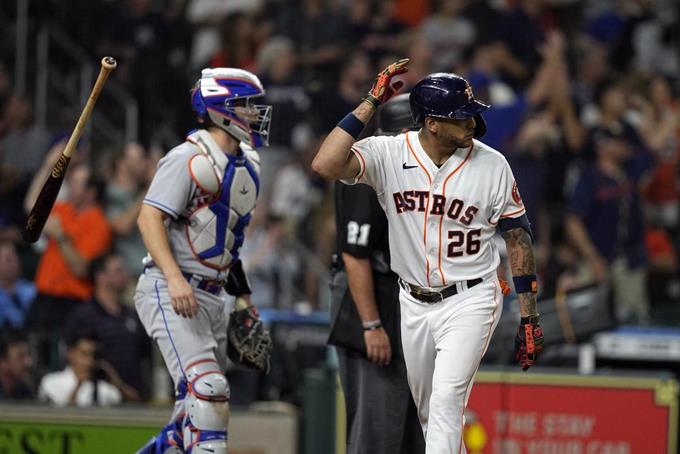 A day after Houston Astros outfielder Jose Siri called his home run celebration gesture against the New York Mets “a mistake,” he appeared to back down Wednesday with a profane tweet that was later deleted.

Though she didn’t address the incident directly, Siri’s tweet said, “(expletive) bad reviews, have fun.” The tweet was deleted before Wednesday’s game.

Houston led 7-2 in the eighth against the Mets on Tuesday when Siri snapped an 0-hit-in-10-game slump with a solo homer off the left-field wall at Minute Maid Park. The Dominican dropped the bat emphatically and admired his hit for a few moments before jogging to first base. Astros manager Dusty Baker later expressed his displeasure.

“He should have run,” Baker said after the game. “In our day, the next batter would have been hit.”

Siri was asked about the incident after the match and was seen to be remorseful.

“I know I made a mistake with that,” Siri said Tuesday. “I talked to some of the guys and, yeah, I was wrong.”

Mets third baseman Eduardo Escobar said something to Siri as he passed the base and after the home run.

Siri says she doesn’t know what Escobar told her.

“I couldn’t really hear anything,” he said. “I was running”.

Mets manager Buck Showalter said some of his players were upset by Siri’s gestures, but many didn’t care.

Showalter added that the player’s teammates often deal with things like this, but there’s only one sure way to prevent it.

“The way you prevent that from happening is to not let him hit the ball over the fence,” Showalter said.