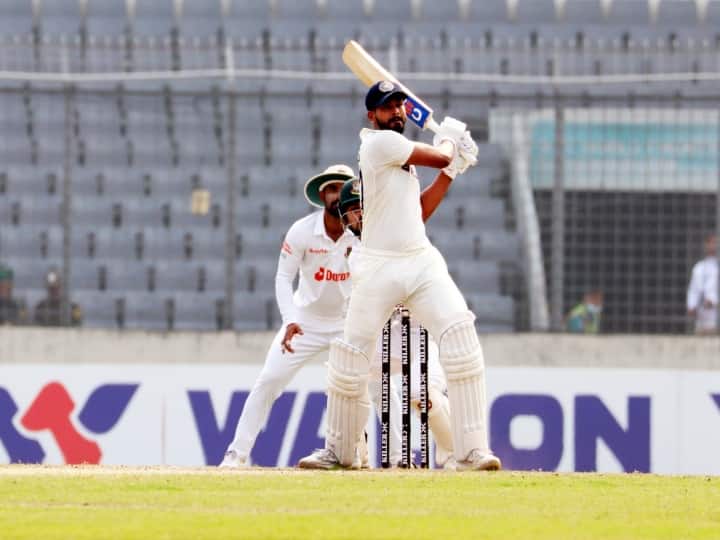 India defeated Bangladesh in the second Test and captured the series 2-0. In the second match at the Sher-e-Bangla Mirpur Dhaka Stadium, the India team defeated the hosts by 3 wickets. R Ashwin played a big role in helping India win this match. He snatched victory from the jaws of Bangladesh by playing a 42-run unbeaten inning at the last moment. He was awarded the Man of the Match title. Cheteshwar Pujara, who scored a century in the first match, failed in the Mirpur Test. Shreyas Iyer had some great hitting in the second game. By the way, Shreyas had also contributed in the first match. Despite this, the Player of the Series award was given to Cheteshwar Pujara. This thing could not be digested by cricket fans.

A fan named Subhayan Chakraborty wrote, this series was very good for Pujara. He must have been happy with his Player of the Series award. But my choice would have been Shreyas Iyer. Because he scored runs in difficult conditions. He batted brilliantly in the first test, while he contributed well in both innings of the second test.

According to the rules, the commentary panel selects the player of the match and the player of the series. Apart from this, the advice of cricket veterans of both teams is taken. There are no criticisms of this award, so the advice of the members of both countries present on the panel is taken. ICC members are also included in the panel. On the other hand, if we talk about Shreyas Iyer, he played one inning less than Pujara and scored 202 runs with an average of over 100. While Pujara scored 222 runs in 4 innings, his average was 74.