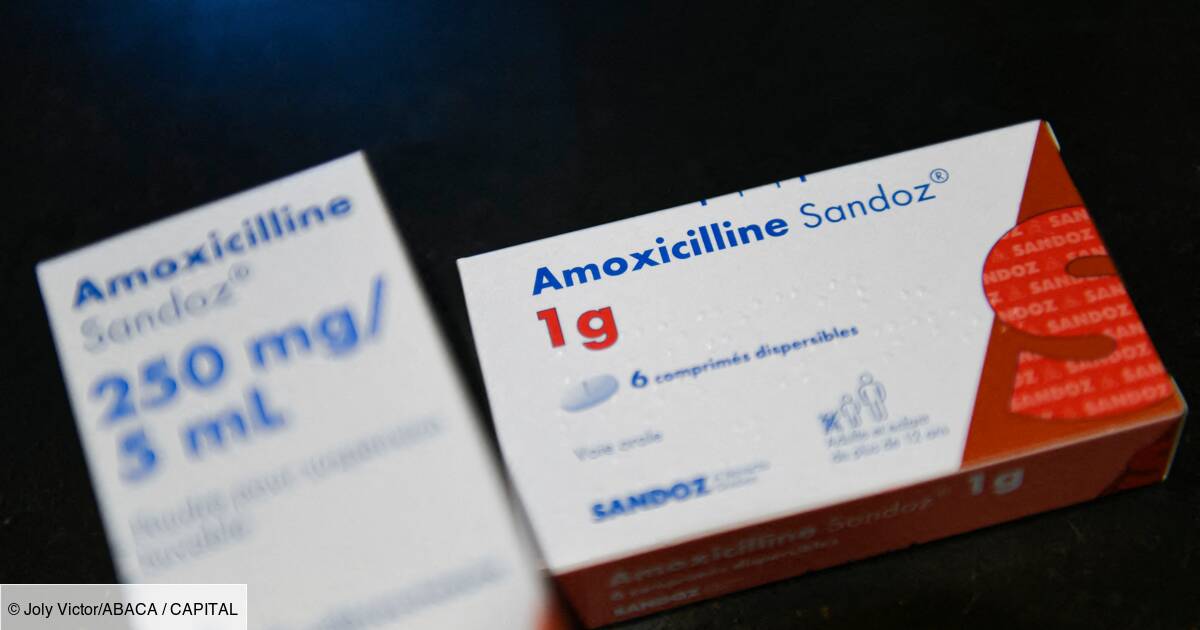 Justine and Marc’s patience is reaching its limits. Parents of an 8-month-old baby girl, named Clara, they can’t take the D system any longer. The teething has started well, she is in pain and we feel helpless”, sighs the 34-year-old mother, a chartered accountant in Paris. “A priori, it should be better in March but I remain skeptical. It could start again later…”, fears the father, 36 years old and real estate agent in the Hauts-de-Seine.

Marc is right to be suspicious. Because the sudden increase in demand for antibiotics and paracetamol is only the tip of the iceberg. If community pharmacists assure patients that production chains will be adapted to needs by spring, France is not immune to new waves of shortages. The fault, in particular, with “years of austerity policy”, points the union of the companies of the drug (Leem).

Certainly, the concomitant epidemics of bronchiolitis, influenza and Covid-19 did not facilitate the task. “The epidemic peaks were beyond the forecasts that we could have made in the most relevant way possible”, considers Emmanuel Schoffler, director of the Aprium pharmacy network. After a drop in demand for certain drugs in the midst of the health crisis, factories missed the boat, failing to have a clear vision of the needs after the end of health restrictions and the return to a more normal life. But “it’s the tree that hides the forest,” warns Eric Baseilhac, director of economic and international affairs at Leem.

The shortage of medicines indeed finds its source in the economic policies imposed on the pharmaceutical sector in France. Starting with repeated price declines. The last of these provided for by the government, within the framework of the Social Security Financing Act (PLFSS) for 2023 (LFSS 2023), amounts to 800 million euros. As a result, many everyday medicines are worth less than one euro: “Out of the factory, the bottle of amoxicillin is worth 76 cents in France! exclaims Eric Baseilhac. And we end up with an extremely hard PLFSS, the hardest in recent years”.

Emmanuel Macron had however planned a change of strategy in 2021 so that France is more sovereign in the pharmaceutical industry within the framework of the 2030 health plan based on the work of the Strategic Council of Health Industrialists (Csis). “He had made some extraordinary announcements, like early access reform. He had also announced the reduction in the amount of savings to be made by lowering the price of drugs. In the previous Social Security budget, we had gone to 600 million euros in savings against 900 million”, says Eric Baseilhac, for whom the PLFSS for 2023 represents “a 180 degree turn”.

The last Social Security budget was therefore experienced as a cold shower by pharmaceutical companies. If the government does not review its copy, access to “mature” drugs, in other words old and general public such as paracetamol, cough suppressants, and antibiotics could be threatened in France. “With this phenomenon of hyper-regulation, some companies can no longer maintain production. If the budget is not sufficient, we will not be able to meet the needs”, warns the director of economic and international affairs of Leem.

However, the government does not seem totally closed to an overhaul of the regulation of drug prices. In its latest version published in the Official Journal, the Social Security financing law for 2023 provides, in article 19, for the submission of a report to Parliament, no later than July 1, 2023, “relating to the state and the perspectives of the economic regulation of the pharmaceutical sector in France”.

What if we produced more in Europe?

Eric Baseilhac and his colleague in the direction of scientific affairs at Leem, Thomas Borel, already have a plan of attack in mind: to increase the prices of drugs leaving the factory so that laboratories do not desert France to turn to other more lucrative markets. “The hyper-regulation that we apply today is catastrophic because the labs risk no longer wanting to invest in a country that does not leave sufficient room for maneuver on its local market”, warns Eric Baseilhac. “We should follow the example of Germany, which has decided to increase the price of certain essential drugs by 50%,” says Thomas Borel.

Theoretically, if drug prices are increased in France, pharmaceutical companies will be more tempted to produce in France. Like the chemist Sequens, whose paracetamol factory is under construction in Roussillon, in Isère. The first boxes to be produced there should be marketed under the Doliprane (Sanofi) and Efferalgan (Upsa) brands by 2026. It remains for the government to clarify its economic policy with regard to relocation. “We need to relocate without de-globalising”, warns Eric Baseilhac, who suggests relocating the manufacture of drugs of major therapeutic interest on a European scale. “The competitiveness gap between Asia and Europe is narrowing because China and India are adopting environmental standards. And the cost of transport becomes prohibitive. The lever for lower taxation (the heaviest in Europe) is in our hands to enable sustainable relocations”, he explains.

Inadequate distribution of drugs in pharmacies

Where France can review its copy directly on its soil is on the distribution of drugs in pharmacies. Because the shortage of drugs does not affect all French people in the same way. On social networks, some have fun posting photos of shelves filled with plenty of paracetamol while others despair after having traveled to several pharmacies, in vain. “It seems that there is a shortage of paracetamol! Today January 11 in a small country pharmacy”, can we read in a tweet accompanied by a photo as proof.

The fault with the quotas, according to Emmanuel Schoffler, the leader of the network of pharmacies Aprium. “All pharmacies are in the same boat in terms of quota with regard to the ANSM quota (National Agency for the Safety of Medicines and Health Products, editor’s note). The problem is that we do not take into account either the size of the pharmacies or the characteristics of the population”, he analyzes. As a result, a pharmacy located in a town with an aging population may have a lot of pediatric doliprane in stock, while another pharmacy serving a patient base mainly made up of young parents and children very quickly experiences stockouts. To remedy this, Emmanuel Schoffler suggests adapting drug deliveries to pharmacies according to historical flows. “The public authorities have all the data to adapt the distribution according to the size of the pharmacies”, he assures.