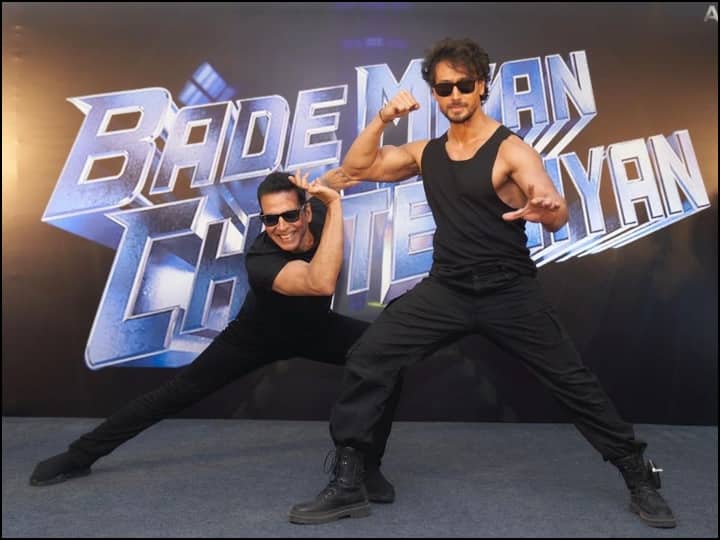 Bollywood action king and ‘Mr Khiladi’ Akshay Kumar will be appearing in many big project movies this year. Akshay Kumar has started filming for his upcoming movie ‘Bade Miyan Chote Miyan’. In this movie, Tiger Shroff will also be seen sharing the screen with Akshay Kumar.

While sharing the latest picture from the set of the film ‘Bade Miyan Chote Miyan’, Akshay Kumar said that the shooting of the film has started. The entire star cast of the film is visible in the Muhurta. Southern star Prithviraj Sukumaran will also appear in this film.

Jackky Bhagnani is producing this film from director Ali Abbas Zafar. In this image from the movie’s set, all the stars are seen having fun. At the same time, Tiger Shroff is seen in action mode with lead star Akshay Kumar.

Akshay Kumar has shared images on his Instagram account indicating the start of the shoot. Sharing the photos, Akshay Kumar wrote the caption: “So excited to start Bade Miyan Chote Miyan… My little Tiger Shroff has increased my enthusiasm.” Chhote, you have to remember while filming that I started my career in the same year that you were born. ,

As ‘Natu Natu’ entered the 2023 Oscars, the ‘RRR’ stars danced with joy and said, ‘We created history…’