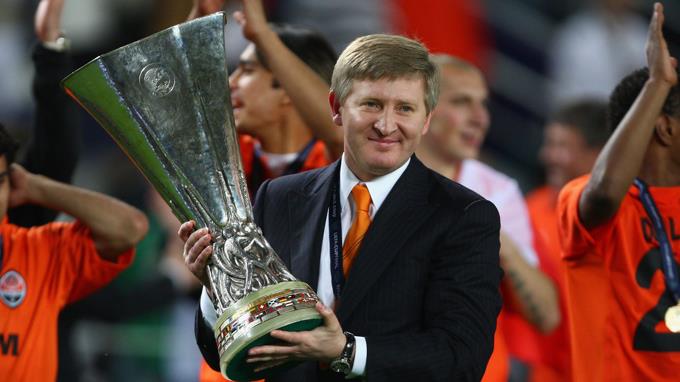 Shakhtar Donetsk soccer club, which transferred Mykhailo Mudryk to Chelsea on Sunday for at least $75 million, announced Monday that it will spend $25 million to help Ukrainian soldiers fighting the Russian invasion.

"I will allocate 25 million dollars (23.11 million euros) to help our soldiers, their families and those who defend us"announced the president of the Ukrainian club, Rinat Akhmetov, in a statement.

"The money will be used for different purposes: for medical assistance, prosthetics and psychological support."he added.

The aid will go to the project known as ‘Heart of Azovstal’, designed specifically to help the defenders of the port city of Mariupol (southeast) and the families of the soldiers who fell after having entrenched themselves in the large Azovstal steelworks, opposite the Azov sea. The survivors left in mid-May, after three months of intense fighting.

"His acts of bravery are unprecedented in modern history. His sacrifice and his courage helped contain the enemy in the first months of the war and allowed us to realize that the final victory of Ukraine was inevitable."added the leader.

On Sunday Ukrainian international forward Mykhailo Mudryk signed an eight-and-a-half-year deal with Chelsea that will pay 100 million euros ($108 million) including bonuses for the 22-year-old’s services.

"The clubs have agreed on the details of the transfer: Shakhtar will receive 70 million euros for the player and 30 million euros are committed in bonuses"explained the Ukrainian entity on its website.

"If today we can talk about Ukrainian football, it is thanks to our army, our people and the incredible support of the civilized world. Only by joining our efforts will we eliminate the evil that has invaded our home"added Akhmetov, born in Donetsk, who bought Shakhtar in 1996 on Monday.

The businessman promised to organize a friendly match against Chelsea when Donetsk fully regains its sovereignty.