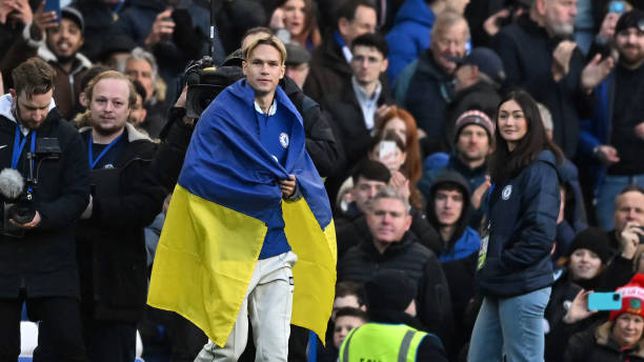 When it seemed that Arsenal was going to get the signing of Mudryk, Chelsea entered the operation at the last minute and ended up taking the Ukrainian player. The CEO of Shakhtar, Sergei Palkin, reveals in The Athletic, the reason why the attacker will eventually play for the blue team: “The offers were the same. The fixed part 70 million and the variable 30, but these bonuses are much easier to achieve with the Chelsea proposal than the Arsenal one”.

The CEO explains the difference between the variables offered by one team and another: “In the next four years, Chelsea can win the Premier League or the Champions League and they will give us money. They did not include a clause relating to Mudryk winning the Ballon d’Or and Arsenal if he offered it. Chelsea’s variables are much easier to come by.”.

Sergei himself also explains that there were differences when it came to the terms for paying the fixed part: “Both teams offered us different forms of payment. Those of Arsenal were further away in time and we were more convinced by those of Chelsea”. The CEO himself assures that they were very close to closing the deal with Arsenal until the latest offer from Chelsea arrived: “Before Chelsea came to Turkey with the offer, we almost agreed with Arsenal to sell Mudryk”.

The ways in which Arteta’s team conducted the negotiations did not please Shakhtar: “Ehe player was contacted by Arsenal almost a month and a half before they told us they wanted to talk to our footballer. We told them that first of all they should close it with us. They ignored us, but we decided not to file a formal complaint.he”

However, they did like the current form that the blue team had: “Chelsea called me at the end of December and asked if they could contact Mudryk because they were interested in him and wanted to talk to the player. I told him: ‘No problem, you can contact him‘”. In the end, Chelsea won the battle and took the Ukrainian star.