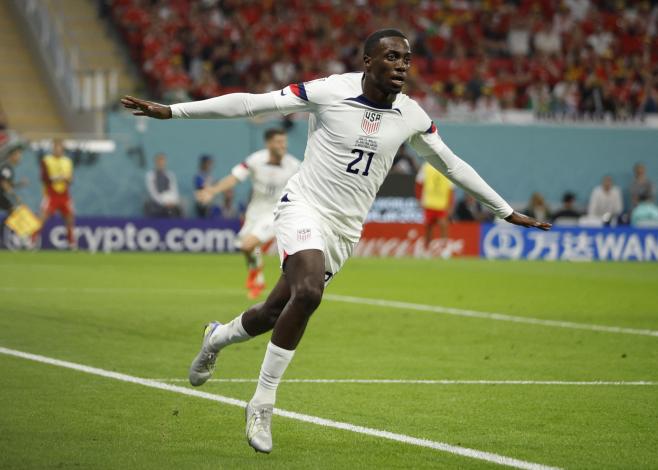 The Sevilla F.C. He continues to look for new viable options for the forward with a view to resolving his terrible sporting situation. The rojiblanco team has managed to add two victories in a row in recent days and now rest outside the relegation zone. However, Sampaoli’s men cannot give up and, to do so, the rojiblancos must make use of new additions, especially in the offensive field.

The Sevillian team, without going any further, has marked one of their old wishes as an objective. In this case, we talk about Timothy Weah, who was already on the list of possible strikers this summer who could sign with the Nervión team. The American striker, son of the famous George Weah, remains in the Lille without too many opportunities and with only two assists this season.

As confirmed L’Equipe, Sevilla would be very interested in his incorporation, while other clubs such as Fulham, Everton or Brighton are also following his situation closely. Weah’s value is currently at 12 million euros, this being a price that Sevilla would be willing to assume. We are talking about a fast striker, who attacks space very well, although he must exploit his scoring side.

Jeff Taylor ‘breaks’ it in Lithuania