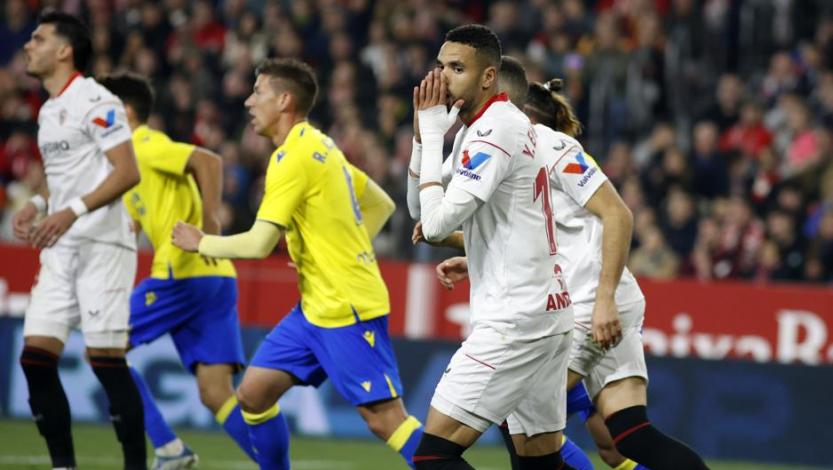 The Sevilla F.C. works to improve the level of the squad with new additions. The people of Seville have closed two new signings, in addition to the arrival of players like Loïc Badé or Lucas Ocampos. The Nervión team is preparing to incorporate both Jeff Reine-Adelaide and Federico Gattoni. However, the sevillistas do not forget the exits, with three being the main ones indicated, to which will be added the name of Youssef En-Nesyri.

En-Nesyri is not experiencing his best moment at Sevilla, but his commitment to the Sevilla team is total. Although it is true that he has lost his goal-scoring facet, it is equally true that the Moroccan is trying to start shining and that Sevilla’s current game does not benefit him at all, since his teammates do not take risks when it comes to taking advantage of one of its main virtues such as running into space.

There are offers from premier league, where they would be willing to take advantage of Moroccan talent, because Sevilla want it to be like that and are putting pressure on the player, according to reports from ‘Radio Marca’, to leave and make room for a possible new striker who offers better guarantees. The rojiblancos seem to be clear that they don’t want to have him and Monchi is working on the arrival of a player who makes a difference up front.