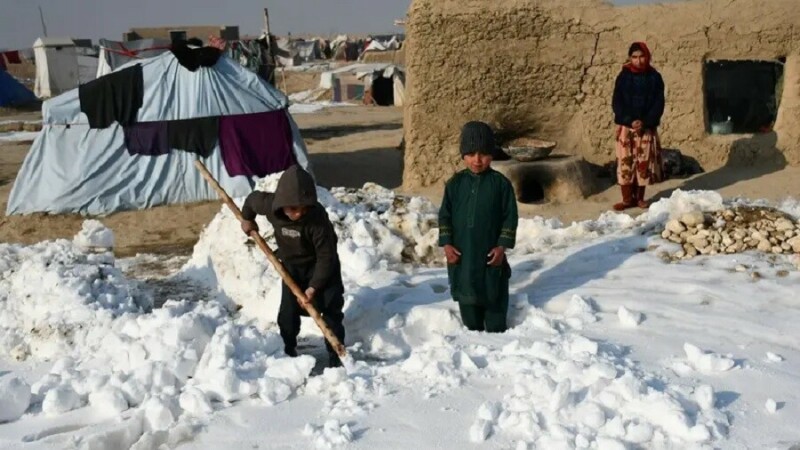 A severe cold wave continues in Afghanistan, during which at least 70 people died, the temperature in the central region of Ghor was recorded at minus 33 degrees Celsius.

The French news agency AFP reported on Wednesday with reference to the Afghan authorities that the human tragedy in the country has increased due to the freezing cold.

According to the report, since the 10th of this month, the temperature has dropped a lot in different parts of Afghanistan, while the central region of Ghor recorded a temperature of minus 33 degrees Celsius on Sunday.

Mohammad Naseem Moradi, head of Afghanistan’s meteorological department, told AFP that this year’s winter is much more severe than in the past, and that the cold wave is likely to last for another week or two.

Afghanistan’s Ministry of Environmental Disaster Management has said that in addition to at least 70 people, 70,000 pets have also died in the last 8 days.

It should be noted that people in the poverty-stricken rural areas of Afghanistan are mostly dependent on livestock.

This is the second winter after the withdrawal of the US from Afghanistan, during which the humanitarian aid activities are also less visible while the assets of Afghanistan are also frozen by the US.

According to foreign media, aid groups say that at present, almost half of Afghanistan’s population is suffering from hunger, while around 4 million children are facing food shortages.

Last month, many NGOs operating in Afghanistan also stopped their work because the Taliban banned women from working.

On the other hand, the UN delegation met the Afghan authorities. Foreign Minister Maulvi Amir Khan Muttaqi said to the UN delegation that we assure all possible cooperation to deal with the humanitarian crisis, the UN should tell what the international community has done for Afghanistan so far, how we can satisfy our elders and the nation. .