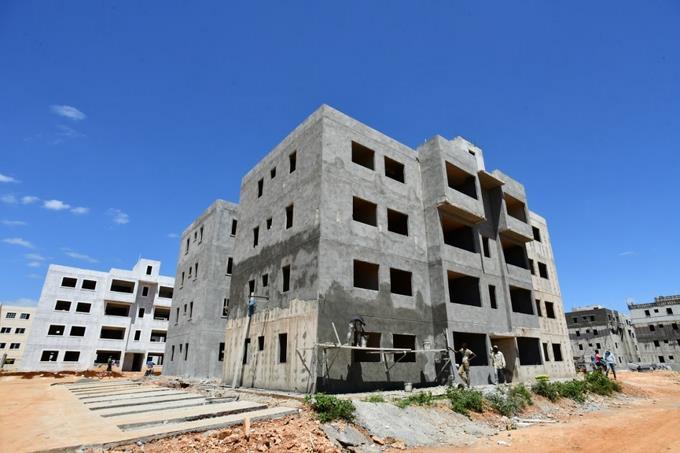 The president of the Dominican Association of Home Builders and Promoters (Acoprovi), Jorge Montalvo, reported yesterday that 7 out of 10 homes marketed in the Dominican Republic are made through bank financing.

On behalf of that institution, Montalvo endorsed the announcement made by the Central Bank (BCRD) and the Monetary Board of release from legal reserve RD$21,424.4 million for the channeling of loans for the construction and acquisition of low-cost housing.

Likewise, he expressed that this resolution opens the window of opportunities for the majority of housing developers to take financing for the construction of their projects.

“We reiterate our commitment to the country and to our authorities to continue boosting the housing sector and we applaud this new measure for the benefit of all families who dream of their own roof,” emphasized the owner of Acoprovi.

The president of the Dominican Confederation of Micro, Small and Medium Construction Companies Inc., (Copymecon), Eliseo Cristopher,I congratulate the announcement of the Central Bank (BCRD), on the adopted measure.

Cristopher recalled that this institution, which represents construction SMEs, advocated participation to reach soft loan facilities through financial institutions, to launch the development of their projects, but the financial bureaucracy did not allow such opportunities. .

However, he pointed out that the resolution approved by the Monetary Board establishes that the released resources will be allocated 80.0% to the acquisition of low-cost housing and 20.0% to interim loans for construction, instructing financial entities that channel said financing at an interest rate that does not exceed 9.0% per year for a term of up to five years for the acquisition of homes and two years for construction.

He pointed out that the resolution, that the effective legal reserve rate of the Central Bank will remain at the levels prevailing before the expiration of the measure adopted in 2017.

“It is important to point out that this measure does not modify the current restrictive monetary position, by leaving the legal reserve ratio unchanged for the different financial intermediation entities”Christopher reported.

He also maintained that the restrictive stance is observed in the behavior of the monetary aggregates that have moderated their growth until reaching rates well below the expansion of the nominal gross domestic product, consistent with the guidelines of the Central Bank’s Monetary Program.

He gave as an example that, at the end of the year, the growth of the circulating medium (M1) slowed down until closing the year at 10.2%, while the expanded money supply (M2) expanded by barely 6.8% and money in a broad sense (M3 ) by 5.4% year-on-year.

Therefore, the president of Copymecon analyzed that 20% of the funds released will correspond to interim loans for the construction of new homes, which would be slightly more than RD$4,000 million, which, calculating an average close to RD$3 million per home, Only about 1,300 homes could be financed in two years, which would be insufficient if we weigh the construction plans of private companies and the government construction plans contemplated in the National Housing Plan Happy Family and My Housingin addition to taking into account the housing deficit to date.

“For these reasons, we believe that in the face of such a scenario, the Central Bank should implement other flexible actions, such as the increase in released resources and the decrease in interest rates, among others, so that our sector can follow the growth boom in housing plans so that the low-income population has the facility to opt for their own home and thus really combat the shortage of decent housing for the population”argument.

Eliseo Cristopher said he hoped there would be greater flexibility so that construction MSMEs have a greater participation in the development of the country, with less bureaucracy and lower interest rates.