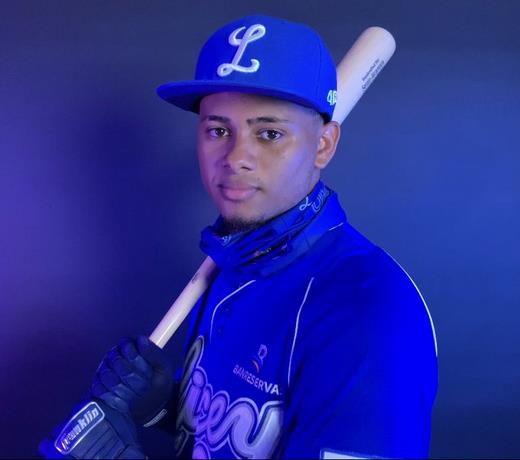 Dominican infielder Sergio Alcántara, 26, said he is not at his best after being questioned about his performance on the pitch with Tigres del Licey.

“You know that this is a game, it has its ups and downs. I’m just in a bad moment, but let’s hope to God that in the two games we have left…, that we’re going to win, I hope to continue contributing to the game and contributing my grain of sand”, declared the player.

Alcántara, in the 3 games played in the final series, has struck out 6 times out of eleven at-bats.

Regarding such performance, the infielder indicated that in the first pitch he tried to make a good swing and put the ball in play, since he did not know the Estrellas Orientales pitcher.

However, in the third game of the final series last Sunday, the young infielder gave the Tigres del Licey a 1-0 win against the Estrellas Orientales, after hitting a run-scoring double down the left field line.

Given this, he stated that “I simply went with the same mentality of swinging at a good pitch, trying to put the ball in play and hitting a hit.”

“I am not in my good moment, as you say (to the journalist), but God is the one who says when it is and when it is not,” the batter reaffirmed regarding his performance.

“I try to do my job and that things go as God wants,” he added.

He also maintained that he keeps his “head up” and that the “boys” (teammates) “help him a lot.”