Serena Williams adds another doubles victory at the Eastbourne tournament 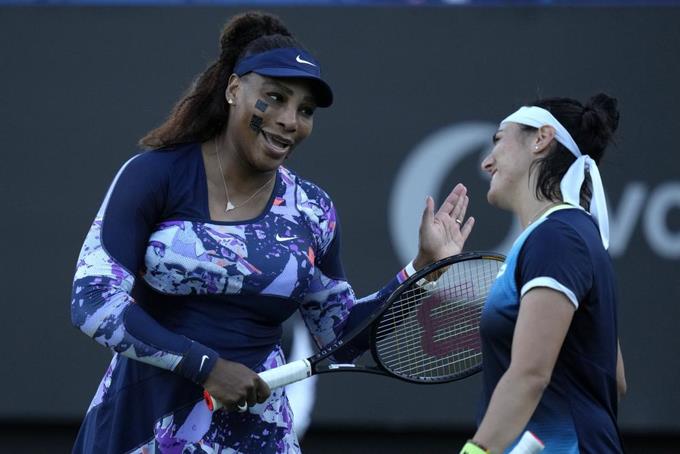 Serena Williams could very well win a title on her return to the courts.

The American star reached the semifinals of the women’s doubles draw at the Eastbourne tournament along with Ons Jabeur after beating Japan’s Shuko Aoyama and Taiwan’s Chan Hao-ching 6-2, 6-4 on Wednesday.

And, with a view to playing singles at Wimbledon next week, the 40-year-old veteran has hinted that she is returning to her best form after a year off.

Like when he took out a couple of balls in a row that stung him in front of his feet at the beginning of the first set. Like the three straight aces he hit when facing break balls in the second game of the second set.

Williams’ serve – the most powerful seen in women’s tennis – came out strongly in moments of demand and the winner of 23 singles titles in the Grand Slams was in charge of sentencing the duel with her serve.

He faced five break balls and responded with aces on four and another was a serve that was difficult to return.

Getting ready for Wimbledon, Williams will have another test. In the semifinals, Williams and the Tunisian Jabeur will face the Polish Magda Linette and the Serbian Aleksandra Krunic, who accounted 6-1, 6-3 for the Canadian Gabriela Dabrowski and the Mexican Giuliana Olmos.

In the women’s singles draw, Brazil’s Beatriz Haddad Maia remains in the running for a third grass-court title in three weeks after dispatching Britain’s Jodie Burrage 6-1, 6-2 6-1, 6-2 in the round of 16. Haddad Maia comes from consecrations in Nottingham and Birmingham.

The Spanish-Venezuelan Garbiñe Muguruza (seeded 5th) said goodbye in the round of 16 after falling 7-5, 6-3 to the Italian Camila Giorgi.

Salim Khan had made this funny plan for retirement, he himself told how his children did it

The price Manchester will pay for Cody Gakpo