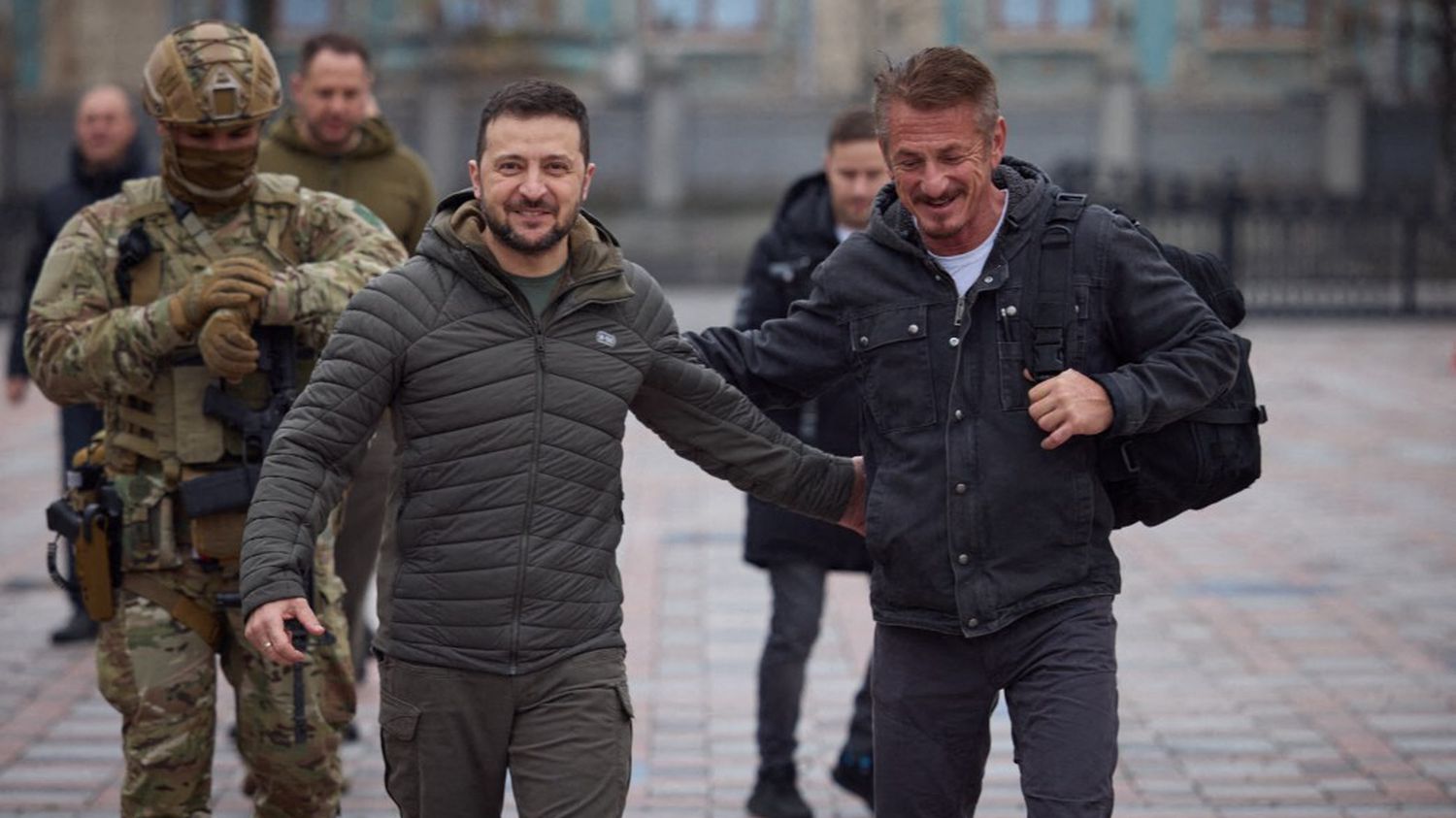 American actor and director Sean Penn will premiere a documentary on the Russian invasion of Ukraine starring President Volodymyr Zelensky at the Berlin film festival next month, organizers said on Monday. The 73rd Berlinale, which will take place from February 16 to 26, will this time shine the spotlight on the war in Ukraine, whose invasion by Russia began on February 24, 2022.

Superpower (super power), billed as “the chronicle of a film project that reality has forced into something less controllable but more meaningful”, will be the most important of the Ukrainian films presented at the festival. Indeed, Sean Penn was in kyiv to make a documentary at the end of February 2022 when the Russian invasion started. He shot it for Vice studios with American director and producer Aaron Kaufman as his partner.

The actor with two Oscars – for Harvey Milk and Mystic River – was photographed at a Ukrainian government press conference in Kyiv. We also saw him with Volodymyr Zelensky on a video posted on the Ukrainian president’s Instagram account.

The presidential services claimed that the American artist showed courage “which many others, especially Western politicians, lack”. The 62-year-old has in the past caused controversy due to his involvement in politics or current affairs, including after his interview with Mexican drug kingpin Joaquin “El Chapo” Guzman when he was on the run.

A space in Berlin for the Ukrainian film industry

The first major film event of the year in Europe, the Berlinale will highlight several documentaries and feature films by Ukrainian directors, as well as works by dissident Iranian filmmakers, as a sign of “solidarity”, declared the Italian Carlo Chatrian, co-director of the festival.

It will also provide free exhibition space to representatives of the Ukrainian film industry during the festival’s extensive European Film Market, and highlight co-production opportunities with struggling Ukrainian directors.

Opening the Festival, an American romantic comedy by Rebecca Miller, She Came to Me, carried by one of the main actors of Game Of ThronesPeter Dinklage, the American Marisa Tomei, seen in particular in several films of the Marvel universe, as well as the Frenchman Tahar Rahim and the American Anne Hathaway.

It will be chaired by American actress, screenwriter and director Kristen Stewart, and should welcome Steven Spielberg as guest of honor. Among the French films in competition are On the Adamant by Nicolas Philibert, documentary filmmakerTo be and to Havewhich this time plunges into the world of psychiatry, and The big cart by Philippe Garrel.