While penetrating beyond the Earth’s crust is impossible for humans, that doesn’t stop people from believing that certain places are the gateway to the Earth’s center.

The journey to the center of the Earth is a recurring theme in science fiction novels and films. In some of these imaginary journeys, the protagonists reach the deepest molten layers of the planet or even the core. In others, they discover an underground world with continents and oceans beneath the earth’s crust: the hollow Earth.

The hollow Earth theory emerged in the late 17th century with the idea that there was a large inhabited interior space within the planet. The theory was scientifically disproved in 1774 with the Hutton experiment, but it still exists in folklore, science fiction and, of course, social media.

A cross-sectional drawing of planet Earth showing the “Inner World” of Atvatabar, from William R. Bradshaw’s 1892 science fiction novel The Goddess of Atvatabar

The core is at a temperature between 5,000 and 7,000 °C, sufficient to melt any known rock, and is composed mainly of iron, along with nickel, sulfur and other elements. The only reason it remains solid is the immense pressures it is subjected to. It doesn’t look like a nice place.

But this modest incursion does not prevent that, throughout history, certain places have received the title of doors to the underworld, to hell or to the center of the Earth:

Snæfellsjökull is a 700,000-year-old stratovolcano located on the Snæfellsnes Peninsula of Iceland. It can sometimes be seen from the city of Reykjavík, from where it is at a distance of 120 km. It is one of the most famous places in Iceland, mainly due to the novel Viaje al centro de la Tierra by Jules Verne, written in 1864, in which the protagonists find themselves in the volcán the entrance to a passage that leads to the center of the land. In this novel, Verne takes up the myth of the hollow earth, and the adventurers are faced with an underground world full of oceans, jungles and dinosaurs.

This gold mine is one of the deepest on Earth, reaching more than four kilometers deep. The miners descend to the mine in an elevator that takes an hour to reach the bottom. At this depth, the rock temperature reaches 66 °C. For the miners to survive, suspended ice is pumped to cool the tunnel air below 30°C. The tunnels are lined with steel-reinforced shotcrete, which acts as an insulator. In 2008, researchers discovered the bacteria desulforudis audaxviator present in groundwater samples several kilometers deep in the mine.

Mount Osore is named after a Buddhist temple founded in 862 CE and a pilgrimage destination in the center of the Shimokita Peninsula in northern Japan. The temple is situated in the caldera of an active volcano and is believed in Japanese mythology to be a from the gates to the underworld. Although the last eruption took place over 10,000 years ago, sulfur dioxide fumaroles indicate that the volcano is still active. The landscape that surrounds it, with charred rocks and pits filled with bubbling liquid, makes it very easy to believe that this is where you get to hell. 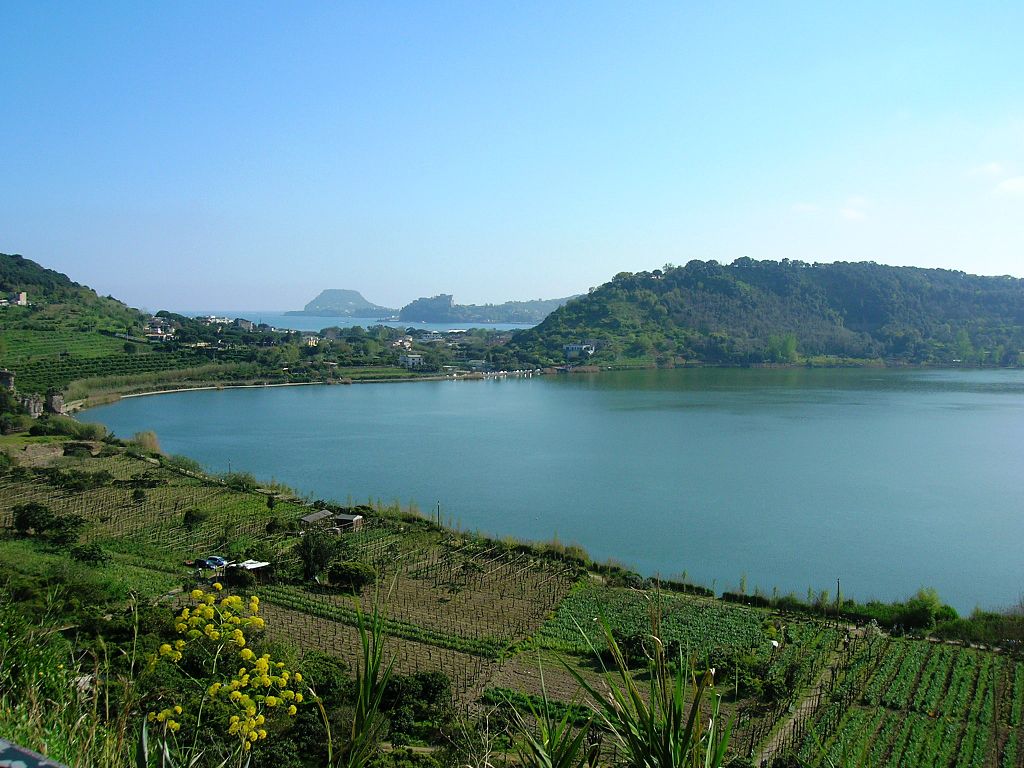 Lago d’Averno, in Italian, is a volcanic lake located in the crater of Averno, in Campania, southern Italy. Avernus was the name given by the Romans to this crater with a circumference of 3.2 kilometers and which is part of the set of volcanoes of the Campos Flegreanos, neighbors of Vesuvius and the volcanic island of Ischia. The Romans considered Avernus the gateway to Hades, the underworld, and his name was often used synonymously with hell. In Virgil’s Aeneid, Aeneas descends into the underworld through a cave near the lake. In the Fables of Hyginus, Odysseus (Odysseus) also goes to the underworld of this place.

The entry of plutonium from Hierapolis

The Plutonium of Hierapolis or Pluto Gate was a plutonion, a place of worship dedicated to the Greek god Pluto, ruler of the underworld. The city of Hierapolis is located near Pamukkale, in the present Turkish province of Denizli. The temple is estimated to date from the same time the city was founded, around 190 CE by King Eumenes of Pergamum. The temple is built over a cave that emits toxic gases, hence its relationship with hell. It was customary to sacrifice animals by tying them with a rope and introducing them into the cave, where they were suffocated by the gases.

In this case it is a hell of human creation. The Darvaza Gas Crater, also known as Karakum Glow or Hell’s Gate, is a collapsed natural gas field at a bend near this town in Turkmenistan. It is not a natural phenomenon, it is assumed that Soviet geologists intentionally set it on fire in 1971 to stop the spread of methane gas, and it is believed to have been burning continuously ever since. The crater has a diameter of 69 meters and a depth of 30 m. It has become a tourist attraction and camping is common in its surroundings.

Monkeypox – Mariano Esteban: “The smallpox vaccines we have are effective against smallpox”

Science trips – The most impressive ziplines in the world

What is vetiver oil used for – EcoPortal.net

Artificial intelligence: what is machine learning for?

Nature’s 5 Most Powerful Poisons Are Closer Than You Think – EcoPortal.net